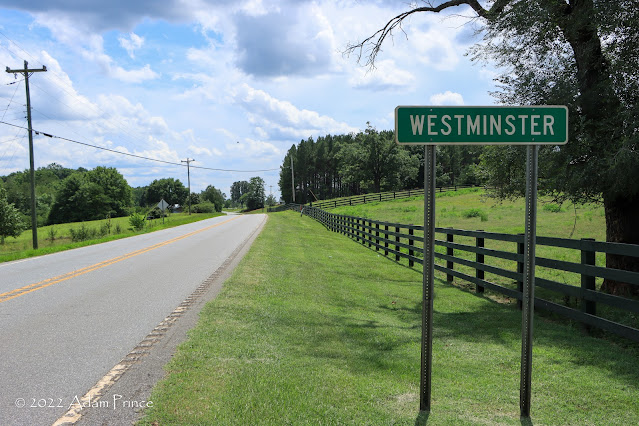 WESTMINSTER - Community on US 64 in Rutherford County.  It is near the site of the former Fort McGaughey - which saw service during the Revolutionary War.  Sometimes noted on older maps as Brittain, after the nearby Brittain Presbyterian Church.

The name Westminster comes from the former Westminster School that was also located nearby.  The school was founded in 1901 by the congregations of ten nearby Presbyterian churches.  The school closed in 1923.