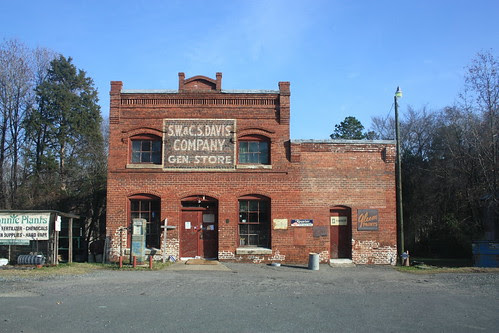 If I told you that the photo above was taken just a few miles from the heart of Uptown Charlotte, would you believe me?  Well, it was, and this general store has been sitting off of what is now Old Statesville Road (NC 115) for over a century.

The Davis General Store has been in operation since 1908 selling farm and garden supplies, hardware, kitchen and household goods, animal feed and pet care, clothing, and of course various amounts of groceries.

In the past, you could even fill up your tank at Davis General Store. 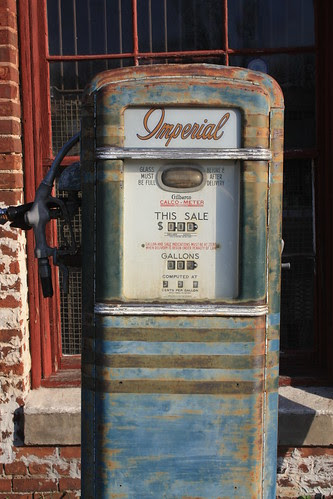 I wonder how long it's been since that pump has operated.

I wanted to go inside and look around; but unfortunately I passed by on a Wednesday afternoon.  The only weekday afternoon they aren't open. 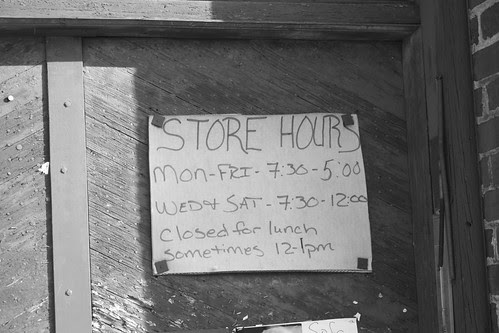 PD Parsons said…
Great old place, article and photos. To perhaps answer your question concerning when the gas pump may have been last used, I'd estimate 1975, judging by the 55.9 cents per gallon pricing... UNLESS they used the then occasional technique of setting the shown price at exactly half of the actual price, and simply multiplying by two at the register... this was done with some of the old pumps that were not designed to register anything over 99.9 cents per gallon... but, otherwise, I'll stick with the 1975estimate.

Holly said…
Hi! You should check this place out now. They are using it for an upcoming Cinemax series...can't remember the name of it but it's directed by the same guy as True Blood. They have added a little and restored it so that it will look as it did years ago in the film. Really nice place!!

SHUG IN BOOTS {Beth} said…
Wow! So glad I found this! I am Silas' daughter-in-law, and I just wanted to say Hey! (Silas is the grandson of SW Davis as seen on the store sign). I hate that you missed us on a Wednesday afternoon! :( If you are ever in the area again, do come by! We were in the book by Mike Lassiter, "Our Vanishing Americana" (also made into a documentary on PBS), and now they are filming some scenes in the series "Banshee" (on Cinemax)at the store. So grateful to still be in business and meeting new customers everyday. Stepping into the store truly is like going back in time. Check us out on Facebook too, if you like: facebook.com/davisgeneralstore
February 7, 2013 at 8:24 PM