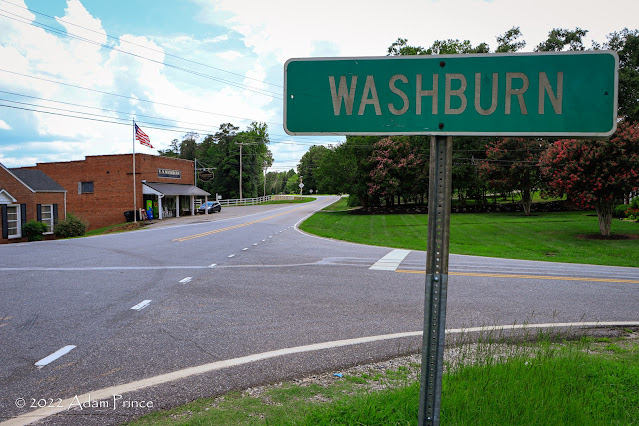 WASHBURN - Rutherford County Community, formerly known as Green's Grove.  The community was also briefly known as Lexine at the turn of the 20th century when a post office operated here from 1889 through 1906.  The name Lexine was after Lexine Pruett, the daughter of a member of the North Carolina General Assembly. 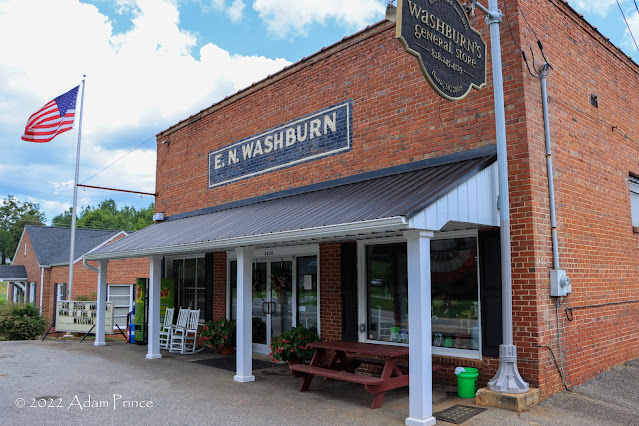 Washburn can also be known as Washburn's Store after the family-owned general store that sits at the crossroads here.  The Washburn's General Store has been in operation since 1831 and is considered the oldest, continuously run, family-operated business in North Carolina.  The business began as a stagecoach stop between Rutherfordton and Lincolnton.  Five generations later, it is home to the classic country general store - where you can get everything from seeds, candy, and a new pair of jeans, all while getting a bite to eat! 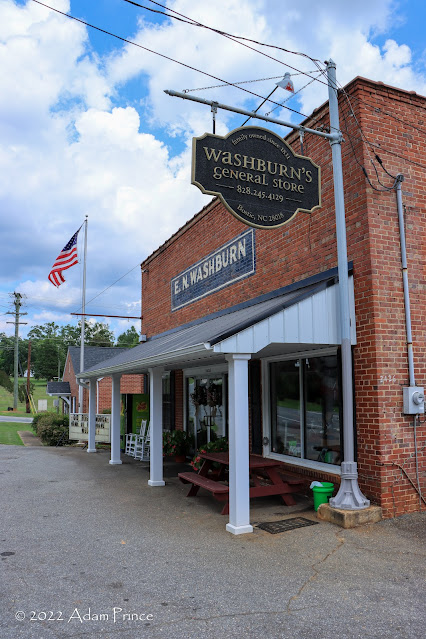 Washburn's General Store is open weekdays except for Wednesdays and Sundays.  Of course, I happened to stop by on a Wednesday, but I'll be sure to be back!