Off the four-lane 15-501 highway as you head south from Chapel Hill sits Bynum.  It is easy to overlook this former Chatham County mill town as you head south towards Pittsboro and Sanford.  However, if you take a left (or right if going north) onto Bynum Road, you'll uncover a few surprises.
Bynum is named after the Bynum family.  In 1779, Luke Bynum purchased land along the Haw River and began a grist mill.  He would later build a covered bridge across the Haw.   A century later, in 1872, descendants of Luke Bynum began a textile weaving/cotton mill along the Haw River.  The Bynum family sold their operations to John M. Odell of Concord in 1886.  Odell Manufacturing would operate the mill until 1983.  It sat shuttered for over a decade before finally burning down in 2001.
The heart and soul of modern-day Bynum is the Bynum Front Porch.  Located in the former Harris & Farrell General Store, the Bynum Front Porch is home to a Friday night bluegrass Summer music series, Saturday evening storytelling in the Winter, and many other events.  The music series began in 2001 when local residents banded together to support the store.  A few years later, when the store's decided to retire, the same residents created the Bynum Front Porch, keeping the store as the heart of the community. 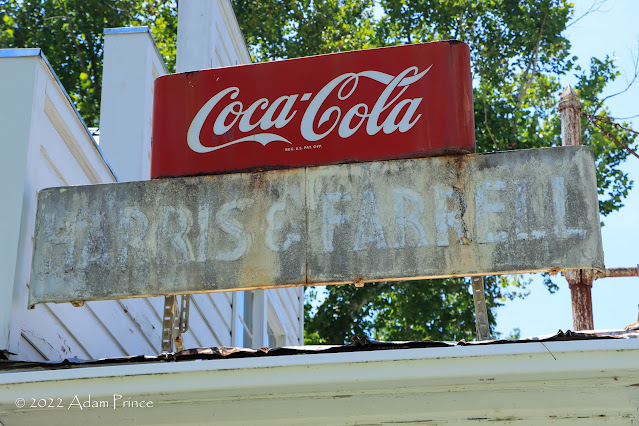 Bynum's location along the Haw River makes it a popular area for recreation.  At the Haw River, the Old Bynum Bridge has been converted into a bike and pedestrian trail.  Built in 1922, the over 800-foot long bridge closed to traffic in 1999.  Shortly after, the bridge was preserved for bike and pedestrian use.  The bridge is an access point between the general parking area on the north/east side of the river and the river access on the south/west side. 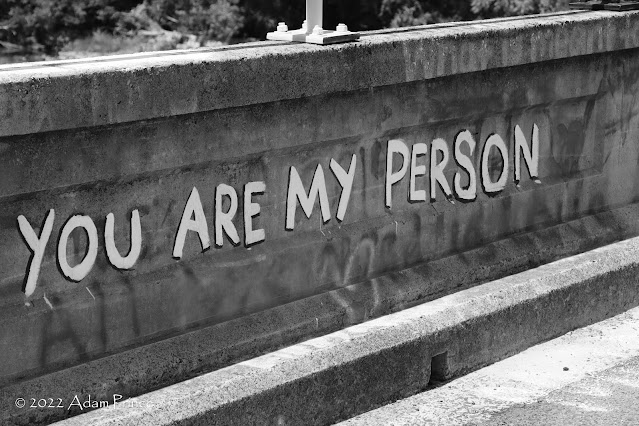 The old bridge has the typical graffiti and other street art you'd expect to find on an abandoned bridge.  However, unlike many other bridges, the Bynum Bridge is full of uplifting messages and community pride.  Every Halloween, the bridge is decorated with numerous jack-o-lanterns and a community celebration. 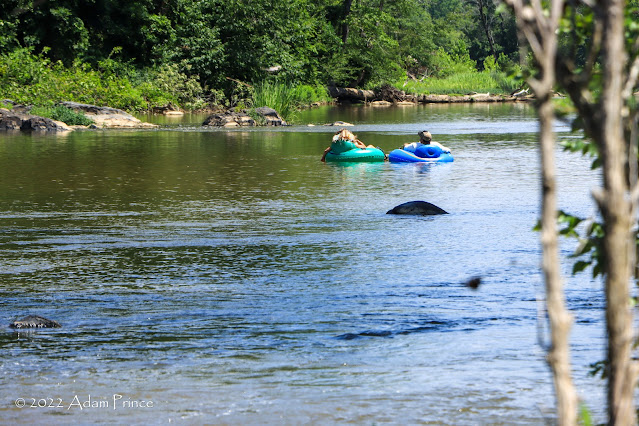 The river is a popular spot for canoeing and kayaking or just enjoying a lazy summer day on an inner tube.  The former Bynum Mill grounds are now part of the Lower Haw River State Natural Area.  Local conservancy organizations are working to maintain a trail system that will run along the river.  The Bynum Bridge area is also a popular spot for wildlife viewing, especially birds.
Bynum, like many other former mill towns in Chatham County and throughout North Carolina, has found a way to reinvent itself - remembering its historic past while celebrating a new future.
Sources & Links:
How To Get There:
Email Post
Labels: B bridges Chatham County General Stores Music Venues