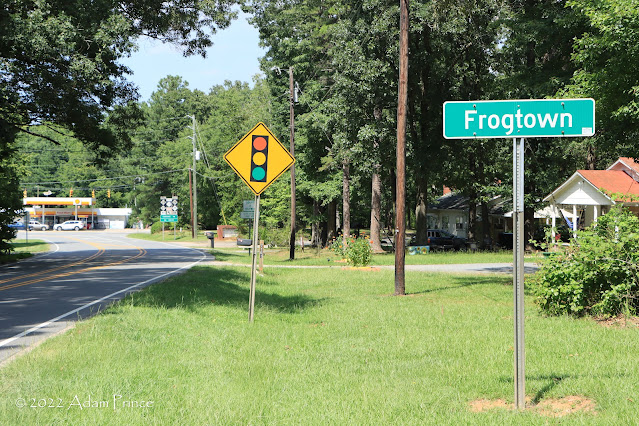 FROGTOWN - A unique-named community in Moore County south of Robbins.  It is named after a local resident, Stephen H. Garner.  Garner's nickname was "Frog", as he was a well-digger and was known to jump out of the wells he dug just like a frog.