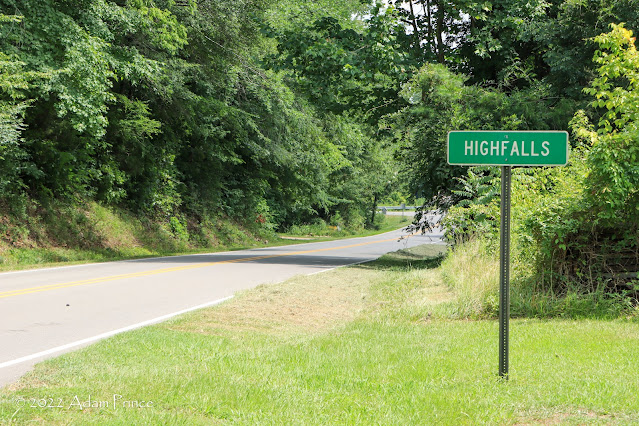 High Falls was settled when William England began a grist mill around 1790. A few decades later, a nearby community named Prosperity formed about a mile to the east.  However, all that remains of Prosperity is a nearby church.