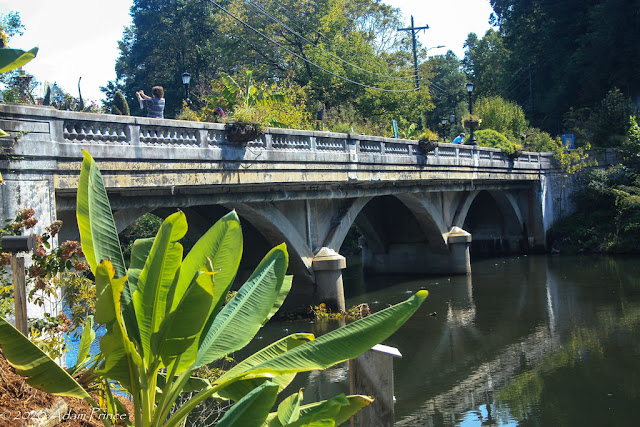 Usually when a nearly 90 year old bridge is replaced, the old bridge is torn down and life goes on.  However, in Lake Lure, the local community saw an old bridge as a gateway to one of the more popular areas in North Carolina's mountains.  The Lake Lure Flowering Bridge is a great example of how old bridges can still be a vital piece of the community - even after cars and trucks no longer cross it. 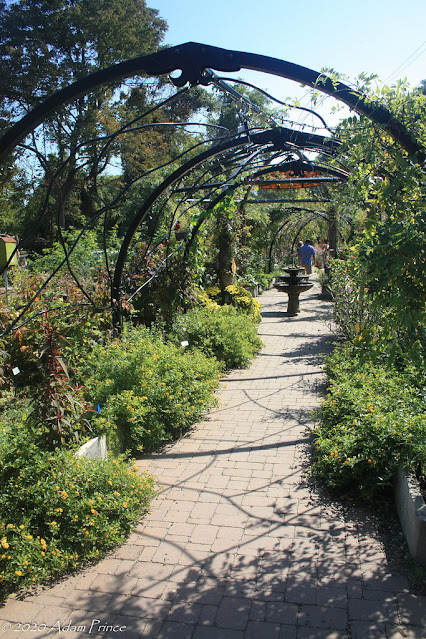 The three concrete arch bridge was built in 1925. When a new bridge was opened to the immediate south in 2011 - local residents created the Friends of the Lake Lure Flowering Bridge to preserve the 155 foot bridge as a community garden.  Over the next two years, the old bridge was transformed into a pedestrian bridge with numerous flowerbeds along a meandering path.  The flowering bridge was formally dedicated on October 19, 2013 and has been a very popular stop within the Hickory Nut Gorge region ever since. 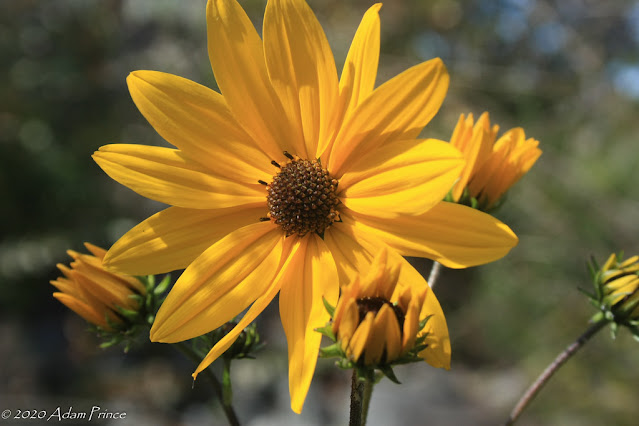 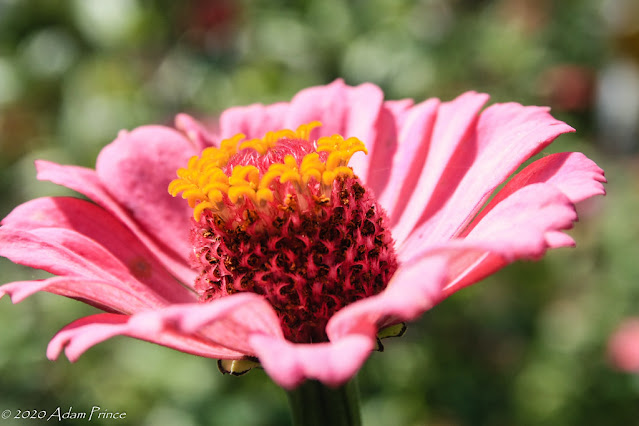 Known as "The Gateway to Somewhere Beautiful", the bridge's gardens and surroundings are kept by a group of over 40 volunteers - many of whom are tending the various gardens while it is open.  They are ambassadors to the region and are more than happy to answer any questions or tell you about the bridge. 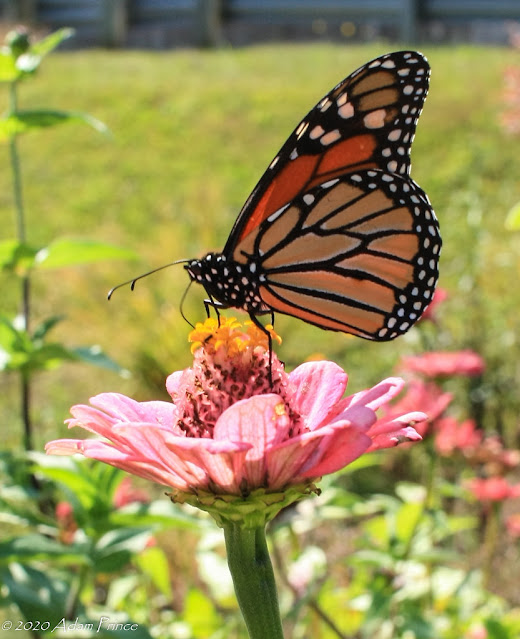 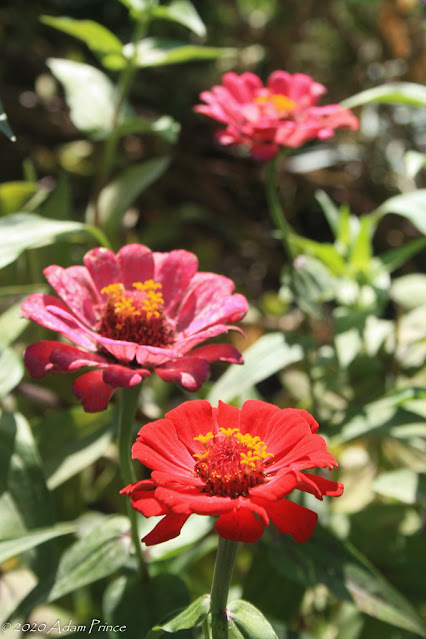 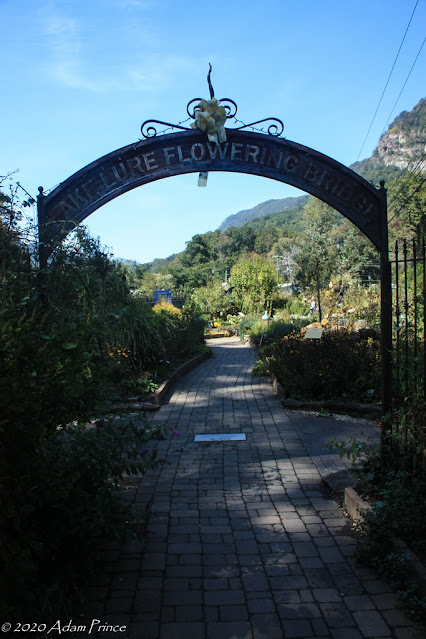 The Flowering Bridge is also the western end of the Lake Lure Town Center Walkway.  Currently the Walkway is about a one half mile walking trail along the southern shore of Lake Lure.  Future plans are in place to extend the walkway westwards to the Chimney Rock Riverwalk and further east along Lake Lure. 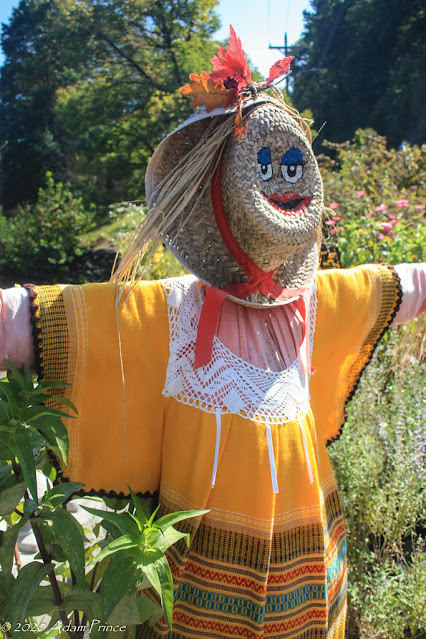 The Lake Lure Flowering Bridge is located along US 64/74A/NC 9 in Lake Lure.  It is open during daylight hours - there is no charge for admission; however, donations are always welcomed.
All photos taken by post author - October 8, 2020.
Further Reading:
How To Get There:
Email Post
Labels: bridges L Rutherford County