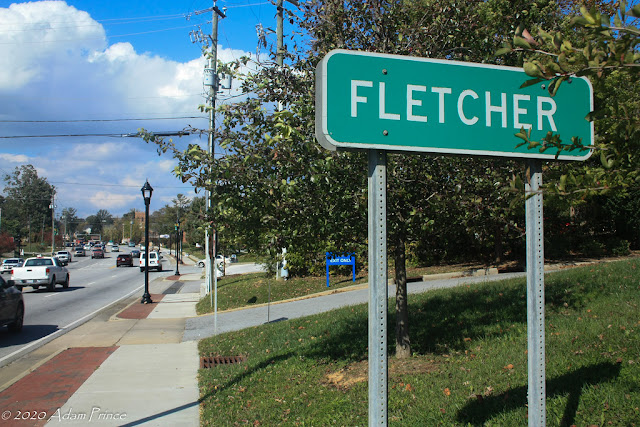 Incorporated in 1989, the rapidly growing town of Fletcher is one of North Carolina's newer towns; however, its history dates back to the late 18th century.  The area was first settled by Samuel Murray in 1795.   The community was first named Murrayville after the family.

Murrayville would later become Shufordsville.  The change occurred in 1837 as the community was renamed after the newly appointed postmaster, Jacob Shuford.  Murrayville/Shufordsville was a popular way point along the Buncombe Turnpike which connected Asheville to the Upstate of South Carolina.

When the Asheville & Spartanburg Railroad came through in the 1880s, the area would grow again and the town would be renamed Fletcher after Dr. George Fletcher in 1886.  Fletcher was a local country doctor and surgeon that also served in the Civil War.  Fletcher would be a small town along US 25 for years prior to its incorporation.  Since the town's charter began the population has tripled from 2,700 in 1990 to over 8,400 in 2020. 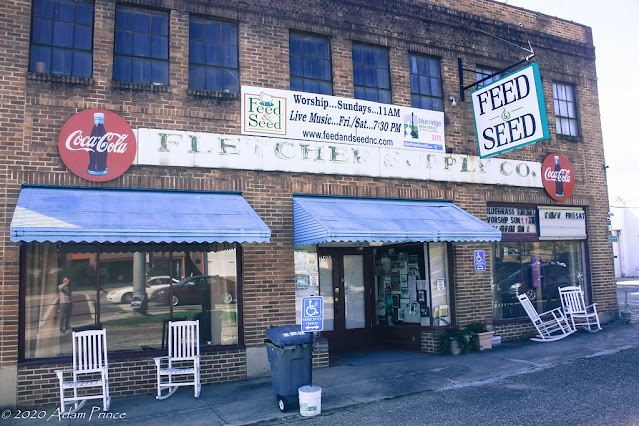 At the corner of Hendersonville Road (US 25) and Fanning Bridge Road is a relic of Fletcher's rural past.  The site of the former Fletcher Supply Company still stands.  The old store that was home to all of the local community needs is over 100 years old and is now home to a community church called Feed & Seed.  In addition to the church's worship and fellowship activities, the old building is home to bluegrass music and serves as a gathering spot for the community.

How To Get There:
Email Post
Labels: F Henderson County