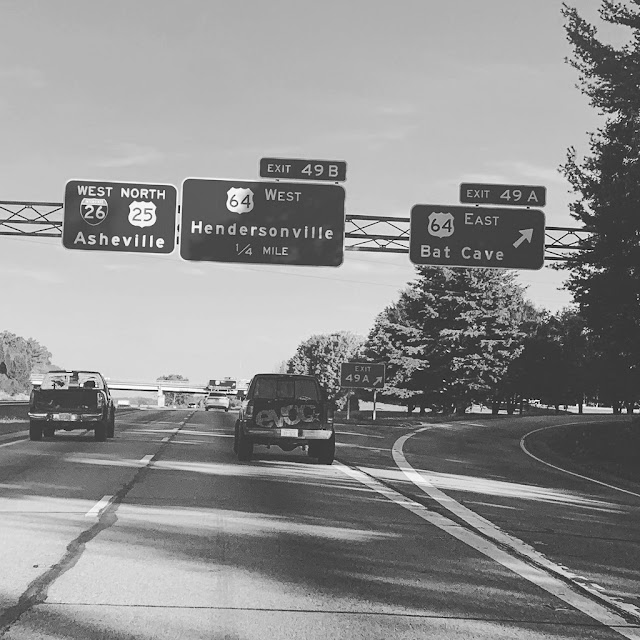 For visitors to Western North Carolina driving along Interstate 26, the sign at Exit 49 can be an inviting detour.  US 64 East - Bat Cave.   The uniquely named community instantly has travelers wanting to exit of the Interstate in the hopes of finding Batman and his secret lair.
The 13 mile drive along US 64 from the Interstate to Bat Cave is full of produce stands as there are many apple orchards nearby.   Bat Cave is one of the numerous communities within the Hickory Nut Gorge region that includes Chimney Rock State Park and Lake Lure.
Bat Cave is named for a nearby cave that is home to numerous bats and other nocturnal animals.  The 186 acre Bat Cave Preserve is home to the largest known granite fissure cave in North America.  The preserve is owned by the Nature Conservancy.  The endangered Indiana bat resides in the cave.  Due to concerns about White Nose syndrome in bats, the preserve no longer allows hikes on the property. 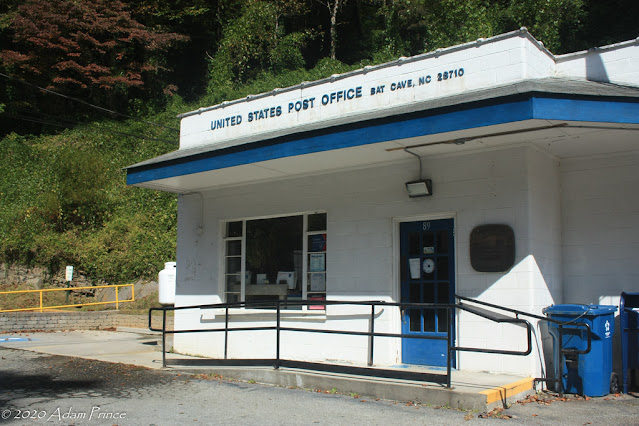 The Bat Cave Post Office is a popular stop of fans of the television series and movie Batman.  Visitors will send postcards to their home address, family, and friends with the Bat Cave postmark.
How To Get There:
Email Post
Labels: B Henderson County