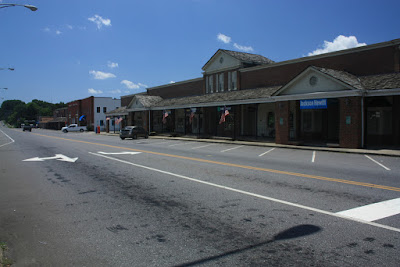 Stanley has always reminded me of a downtown you would find out west.  Businesses along Main Street are fronted with covered sidewalks.  This is very similar to some of the towns I have seen in Texas.  Two of the main businesses along South Main Street, The WoodShed and Bill Wither's Specialized Services, have a western appeal to it. 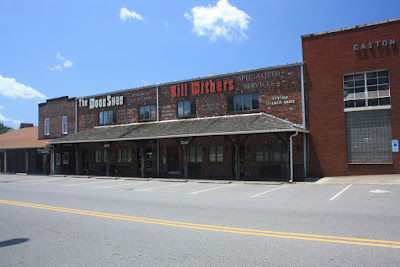 Stanley is located in Northeast Gaston County off of NC Highway 27.  Settlements near the town date to the 1700s.  The town was originally incorporated in 1879 as Brevard Station.  In the early 1860's, Robert Alexander Brevard allowed a railroad station to be built on their family land.  The area was also known as Stanley Creek.  Stanley Creek was named after a gold prospector that resided in the area in the 1700s. (1) 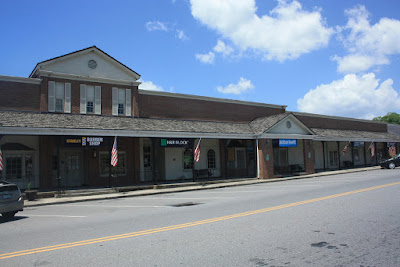 During the late 1800's, Brevard Station was renamed Stanley Creek.  Stanley Creek was already the name of a nearby post office.  That post office was originally named Brevard Station but concerns over confusion with the Western mountains town of Brevard prompted that name change. (1)  The town name was shortened to Stanley in 1911.

Stanley is known as "A Friendly Place" and hosts their annual "Country Fest" the first Friday and Saturday in October.  The Brevard Station Museum, founded in 1991, is an excellent resource to learn more about the history of this Gaston County town.