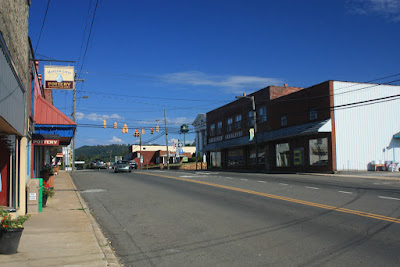 Located in North Carolina's High Country, the Alleghany County Seat of Sparta is one of many small towns nestled within the Blue Ridge Mountains.  At just under 3,000 feet in elevation, the town of just over 1,700 residents is a popular spot for vacationers wishing for a break in the heat during the Summer or to enjoy the colors of Autumn. 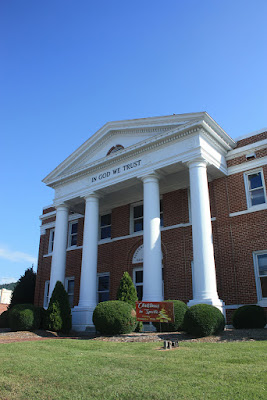 Sparta is actually the third name for the town.  It was originally named Bower's Store when founded in 1825.  Twenty-one years later - the town was renamed Gap Civil.  Finally, when the town was incorporated in 1879, the name Sparta - after the city in ancient Greece - stuck.  But there's another twist to the town's name.  Sparta is the SECOND North Carolina community to be named Sparta.  In Edgecombe County, there is a community called Old Sparta that sits along the Tar River.  Old Sparta was originally named Sparta.  The community which was established in 1829 changed its name to Old Sparta in 1903 so it would not be confused with the town over 200 miles to the west.

Sparta is located along US Highway 21.  At one point, US 21 ran from Cleveland to the Atlantic Coast in South Carolina.  US 21 now begins 40 miles to the north in Wytheville, Virginia.  A group of local businesses are trying to promote travel along US 21 from Wytheville to Harmony, NC.  Many of the businesses in Sparta have special US 21 signs to promote the organization.  One of the larger events the organization sponsors is the 21 Road Market.  This over 100 mile event runs annually during the last weekend of July.

Sparta also hosts numerous events and festivals throughout the year.  From weekly farmer's markets in the Summer, regular performances by the Crouse House Pickers, or the annual Mountain Heritage Festival held every September, there are many reasons to visit. 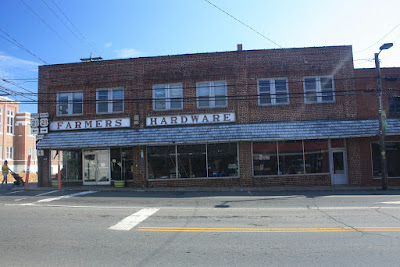