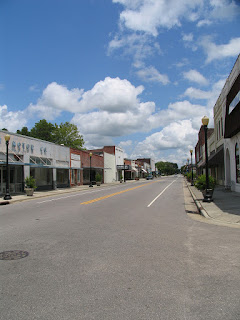 Situated on a bluff overlooking the Lumber River, the Town of Fair Bluff has faced its share of challenges.  From industry changes to devastating hurricanes, this Columbus County town continues to persevere. 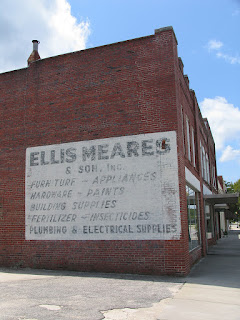 Fair Bluff was laid out along lands owned by John Wooton in 1807 and was to be named Wootonton, but the name never stuck.  In 1873, Fair Bluff was incorporated.  In its early days, it was timber and logging town - the railroad and Lumber River being the key means of trade and travel.  Later, tobacco became king and numerous tobacco warehouses were found nearby and in town. 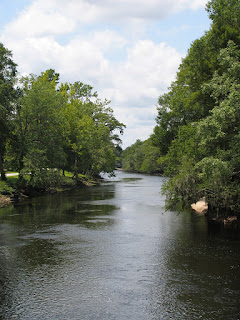 Over the past three decades, the tobacco industry began to fade and the town again looked to reinvent itself.  In the early 2000's, the town began planning and constructing a one mile long river walk along the Lumber River.  The elevated boardwalk is a great way to take a closer look at the river which is a National Wild and Scenic River.  Canoeing and fishing have become extremely popular along the river and as a launch point at Fair Bluff. 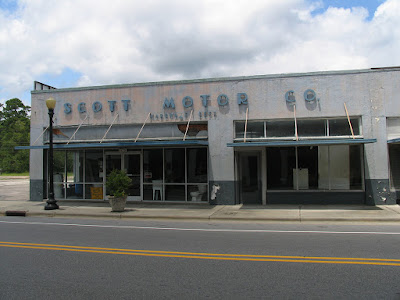 Unfortunately, it was the Lumber River that caused the town's latest setback.  The substantial rains during the aftermath of Hurricane Matthew in October 2016 overflowed the Lumber River well beyond its banks and inundated the downtown in waist-deep water.  Many of the town's 900 residents would be evacuated and some businesses would not re-open until well into 2017 if at all.  However, the town decided not to be forgotten.  In April 2017, the town held its annual BBQ on the Bluff Festival.  The 6th annual festival brought pit masters from North and South Carolina and many visitors back to town. 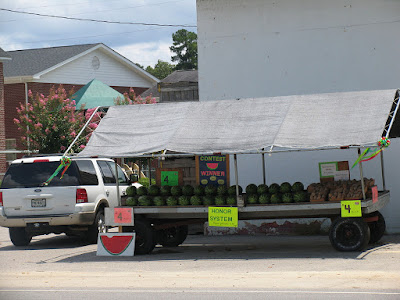 The town is also home to the North Carolina Watermelon Festival which is held every July.  Town leaders continue to look for ways to revitalize downtown and also assist residents and business owners of the town get back on their feet.