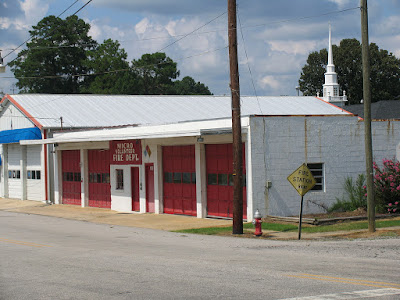 When you write a blog about small towns in North Carolina, you can't forget the Johnston County Town of Micro. Located off of US 301 and a little bit bigger than its name implies, the history of Micro's name is interesting.  Micro was settled in 1890 and was incorporated in 1899 as Jerome.  The town was named after Jerome Creech, who was a local land owner.  However, six years later in 1905, the town was renamed to Micro because of confusion with the Bladen County community of Jerome. 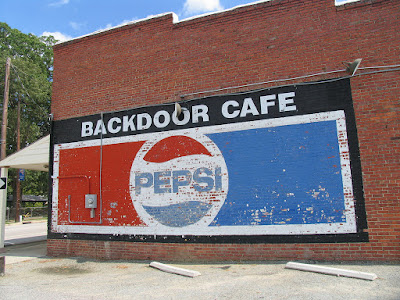 One could argue that the Bladen County community should have been renamed Micro as it is an unincorporated community where as the Town of Micro has about 500 residents.  Micro also sits along a heavily traveled rail line which came through when I visited the town in August 2009. 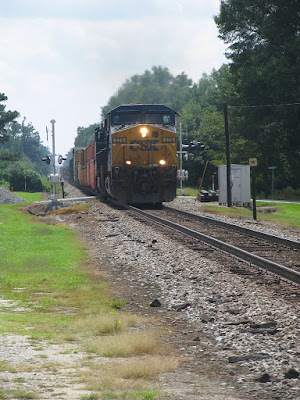 Micro celebrates the Christmas holiday in big fashion - complete with a tree lighting and community parade.