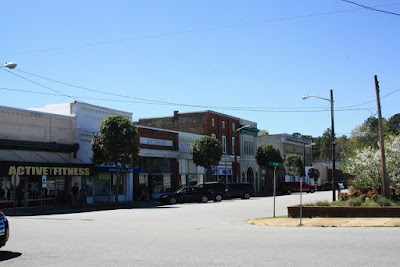 If you are traveling along US 64 East out of Raleigh, the four lane freeway can get you to a lot of places pretty quickly.  The 70 mph highway bypasses a handful of small towns in Eastern Wake, Nash, Edgecome and Martin Counties.  Just outside of Wake County, Raleigh and the Triangle is Nash County town of Spring Hope.  This small town located on old US 64 has a charming historic district with numerous antique shops and a nearly 120 year old feed store.

Spring Hope originally was settled about four or five miles to the southeast near a local spring.  This spring is what Daniel Crenshaw had hoped would provide water for his farm and the community.  (1) Upon the completion of a Wilmington-and-Weldon railroad spur line from Rocky Mount in 1886, the original Spring Hope was abandoned and the "new" Spring Hope would incorporate at its current location in 1889. (2) The centerpiece of Spring Hope was a passenger and freight rail station.  Built in 1888, the former rail station is now home to the town library.  The town saw significant growth its first 20 years; however, the town's population has fluctuated between 1,225 - 1,325 people for the past century. 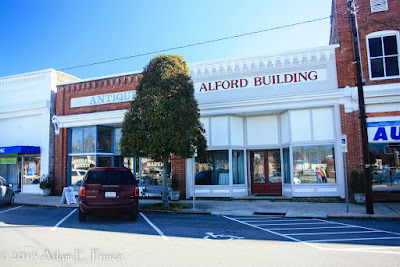 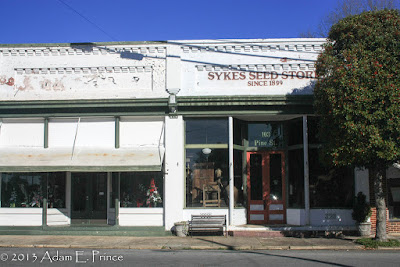 Sykes Seed Store has been in operation in Spring Hope since 1899.  It along with antique stores, florists, and other shops are key pieces to a charming downtown core.  Since 1971, the town hosts the Spring Hope National Pumpkin Festival annually over the first weekend of October.  The town also has an annual 5k, Easter Egg Hunt and other events.

Spring Hope has numerous beautiful and historic homes. As a whole, the Spring Hope Historic District, which covers much of the original town plan and early additions, was added to the National Register of Historic Places in 1988. More recently, the Valentine-Wilder House was included in the register in 2013.  A second structure, the Dr. Hassell Brantley House was the first building in Spring Hope on the register as it was added in 1986.  The First Baptist Church, located at the corner of Walnut and Nash Streets, was constructed in 1910 along with the nearby Methodist Church.

Spring Hope may be one of the many small towns bypassed by the busy US 64 freeway in Eastern North Carolina.  But if you exit off the highway and spend some time here to explore, you just might want to come back.