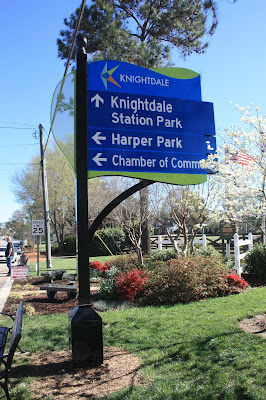 Near the end of 2016, Knightdale joined a growing list of towns throughout North Carolina to have installed wayfinding signage.  The 16 new directional signs are placed throughout town pointing to various noteworthy attractions.  Over the past five years, Knightdale has seen growing interest and activity in its Downtown Core, known as Old Town.  In 2013, the town opened the 76 acre Knightdale Station Park on the grounds of the former Wilder Nursery.  The park has numerous miles of walking trails, a number of athletic fields, hosts the town's Farmers Market, and is home to the town's annual Fourth of July Celebration.

In the past year and a half, three new businesses have opened in Old Town Knightdale that exemplify the town's growth and ability to attract visitors from outside the area.  The first to open was Oak City Brewing Company in January 2016.  Popular with residents near and far, Oak City features nightly food trucks and hosts numerous community events.  The Mercantile and Lassiter Distilling Company - pictured below - also opened in Old Town in 2016.  Both locations occupy the site of the former C.L Robertson and Son General Store.  Lassiter's currently offers tours of their in-house distillery on Thursdays and Saturdays. 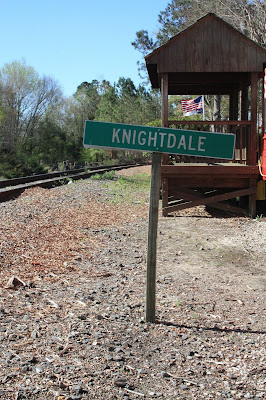