A Visit to the North Carolina Transportation Museum

To get from here to there - you have to take some form of transportation.  More than likely it is via a car, a train, or an airplane.  For close to two centuries, trains, planes and automobiles have been the preferred method of transportation for long or short distances.  At the North Carolina Transportation Museum, getting around is celebrated.  (My entire flickr collection of photos from our visit can be found here.)

The North Carolina Transportation Museum is located at the site of the former Southern Railway Company's (SRC) Spencer Shops.  The Spencer Shops, located in the town of Spencer, were constructed and began operations in 1896.  The Spencer Shops were one of three major centralized repair shops belonging to the Southern Railway.  Spencer was home to the railway's largest facility and the shops and even the Town of Spencer were named after the SRC's then-President, Samuel Spencer.  The shops primary focus was service, repair and maintenance of the company's steam engine fleet.  At its peak, the Spencer Shops employed nearly 3,000 people.  The advent and growth of the diesel locomotive signaled the demise of the Spencer Shops.  The repair yard closed in 1960; however, the accompanying freight yard would remain active until the late-1970s.  (1)  In 1977, the Southern Railway would begin the first of a series of donations of land and buildings to the State of North Carolina.  In time, the entire site would be transferred and administered by the North Carolina Department of Cultural Resources.  The museum officially opened with their first exhibit in 1983.  Over the years, the museum's staff and volunteers have worked on restoring the numerous buildings and artifacts acquired or donated to the museum. 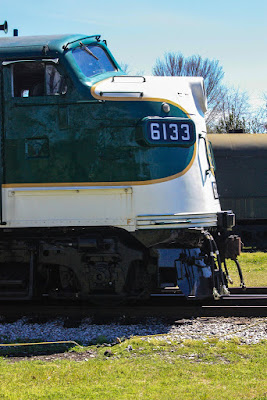 The museum is a great day trip for families and kids of all ages.  The exhibits and activities here are enough to spend a full day and not realize how quickly time has gone by. Admission is very reasonable $6 for adults / $4 for children 3-12.  If you wish to include a train ride - the admission is $12 for adults / $8 for kids.  The 25 minute train ride - run hourly - tours the entire grounds.  The train leaves from the restored Barber Junction Train Depot.  The building dates from 1898 and was located in nearby town of Barber.  The depot was moved to the site in 1980.


The largest facility on site is the Back Shop.  Constructed in 1905 and used to house steam engines receiving major overhauls, this facility holds some of the larger sized exhibits within the museum.  Opened to the public in 2010, the building continued to see improvements for the next several years.   One of the highlights is a Piedmont Airlines DC-3 that is currently being restored to be on display within the Back Shop.   The Back Shop is also home to other larger exhibits including fire trucks, rescue squad vehicles and more. 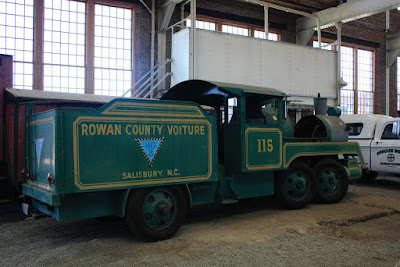 The Flue Shop, constructed in 1924, is home to the Bumper to Bumper exhibit.  Here vintage cars and other automobile memorabilia is on display.  Old road signs, gas station pumps, and more can be found here.  The Flue Shop was where the flue pipes on a steam engine would be repaired.  As diesel engines took over, the flue shop was also home to electrical repair work. 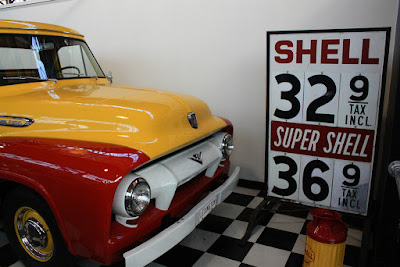 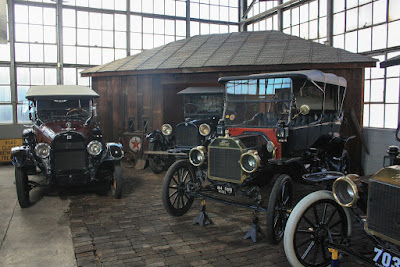 Maybe the most impressive building on site is the Bob Julian Roundhouse.  Built in 1924, this 37 bay roundhouse still operates its 100 foot turntable.  The roundhouse is home to nearly 40 restored engines and rail cars.  Once inside the round house, you can view numerous exhibits and view many of the locomotives and rail cars up close and personal.  The roundhouse is home to where many rail items are in the processed of being restored.  Weekends are typically when you will see most work being done and there are viewing platforms for the general public.  Additional exhibits highlight Piedmont Airlines and Aviation, a day in the life of a Spencer Shop worker, and more. 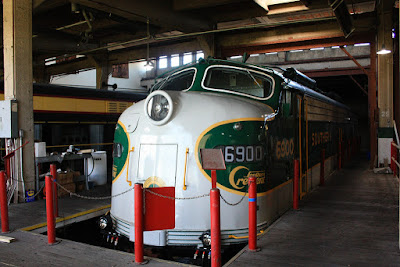 My family enjoyed our day trip to the museum.  We just wish we had more time to explore.  We definitely will return as we were very much impressed by the roundhouse and personally 'd love to see the turntable operate.  This is definitely a great day trip for just about anyone that lives in North Carolina.  The cost of admission is very reasonable and the size of the grounds and number of exhibits make the entire time worthwhile.

The North Carolina Transportation Museum is open throughout the year.  The museum is typically open 9am to 5 pm Tuesday - Saturday and 1 - 5 pm on Sundays.  The museum is closed on Mondays and also Sunday's and Tuesday's during winter months.