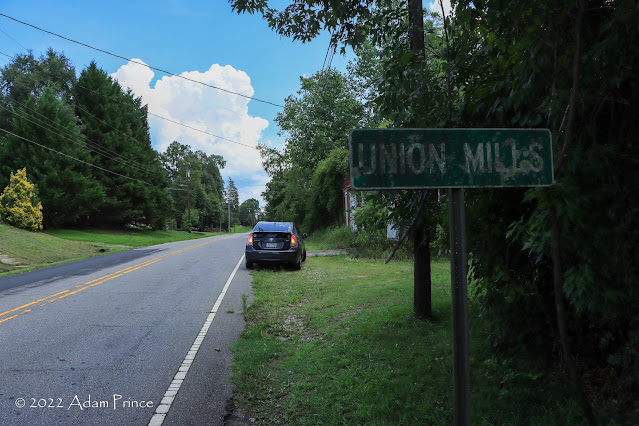 Union Mills is an unincorporated community sitting east of US 221 in Northern Rutherford County.  The community is named after the consolidation of several local sawmills that occurred from 1885-1890.  Established in 1892, the town was incorporated in 1907.  However, they revoked their charter only 17 years later.

Union Mills was home to an old rural brick post office until at least 2017.  The old post office closed when a new post office opened nearby.

Union Mills was also home to Alexander Schools, Inc. - a private boarding school for orphaned children.  The school operated for fifty years, from 1925 to 1975.  The school is named after J.F. Alexander, who purchased the existing Round Hill Academy from the local Round Hill Baptist Church.  The then-newly named school was home to three schools - a school of industry (textiles and associated trades), nursing, and a general education elementary and high school.  Mr. Alexander would pass away shortly after the purchase in December 1925.

Many of the school's buildings are still standing today and are used by other entities.  The school's main administration building and gymnasium are home to the non-profit Union Mills Learning Center.  Here, the community organization hosts numerous music concerts (featuring bluegrass), special events, a community library, and health and wellness programs.

The Union Mills Learning Center sits inside the W.E. Sweatt Administration Building.  The building is named after Professor Willie Earnest Sweatt.  Sweatt first joined the school in 1926 as a teacher and was quickly named the Superintendent and principal of Alexander Schools.  He would serve both roles until his passing in 1951.