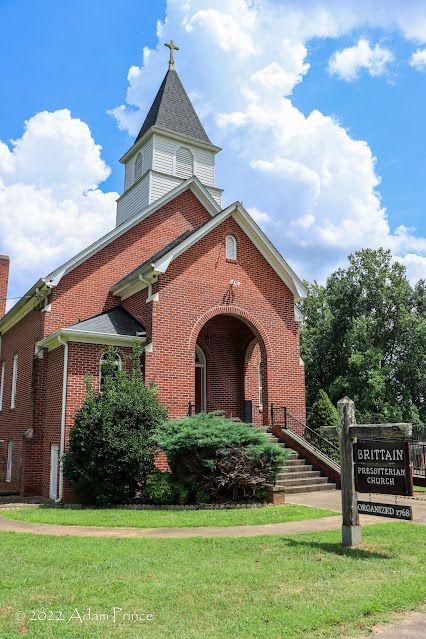 North Carolina's second oldest organized church sits in the foothills of Rutherford County.  It is the first church of any denomination in North Carolina established west of the Catawba River.  Brittain Presbyterian Church is not only historical in its age but also in its place in North Carolina history.

The church was organized in 1768 near the Revolutionary War fort, Fort McGaughey.  The fort was constructed around 1765 and named after Alexander McGaughey - a settler of Scotch-Irish descent by way of Pennsylvania. 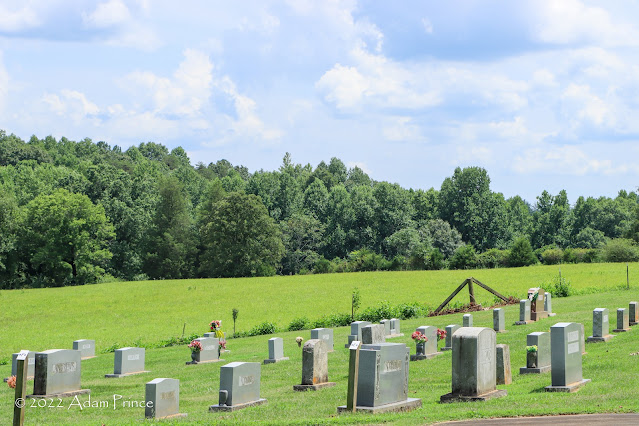 The church cemetery is home to the final resting grounds of 16 Revolutionary War soldiers - including Lieutenant Thomas McCullough.  McCullough fought and was wounded in the Battle of Kings Mountain, succumbing to his injuries at Fort McGaughey a few days later.  McCullogh was the first of the sixteen soldiers to be buried here. 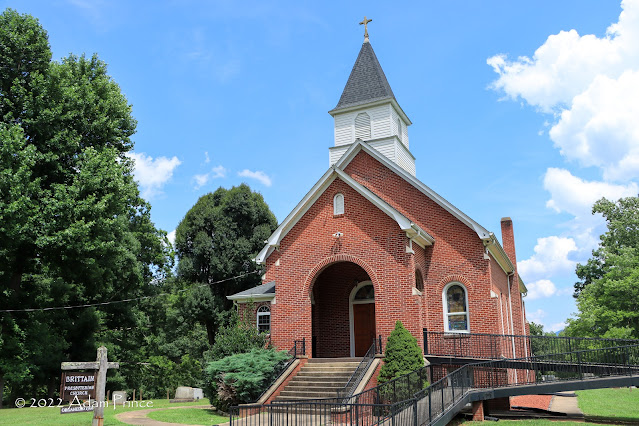 At the time of its founding, Brittain Church was known as Little Britain Church.  However, the congregation changed its name to Brittain to no longer be associated with England.  The current church is the third on the church grounds and has been standing since 1852.  The brick veneer, as seen today, was added in 1940.