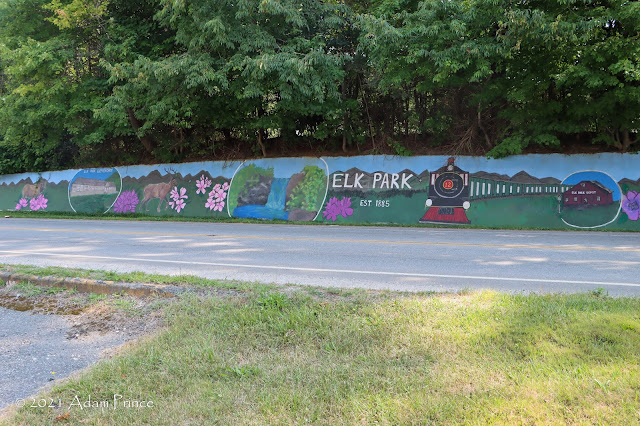 Located just inside the Tennessee State Line, Elk Park is the first North Carolina community you come across along Highway 19E.  It like many Avery County towns can trace its roots to the East Tennessee and Western North Carolina Railroad. 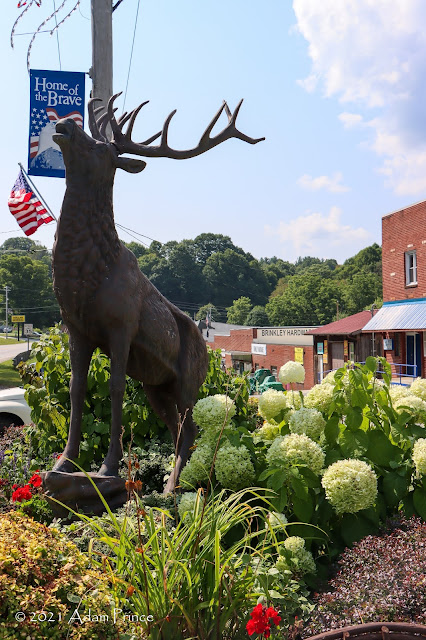 The "Tweetsie," as the ET&WNC is better known as, first came through what was then Mitchell County in 1882.  The railroad included a stop here - and in 1885 Elk Park was incorporated.  Elk Park was named after the numerous elk that roamed the mountainside.  In addition, the Elk River runs north of town.
When Avery County was formed in 1911, Elk Park would be the new county's temporary county seat.  When a courthouse was completed in what is now Newland two years later, Avery County's seat of government moved with it.
Elk Park is a town of just under 450 residents, it has a small downtown that sits off and below Highway 19E.  It is home to a number of small art and antique stores.  Brinkley's Hardware, a staple of town since at least 1910, is the keystone of the small downtown.  It is the quintessential small-town hardware store where you can pretty much find and purchase pretty much anything. 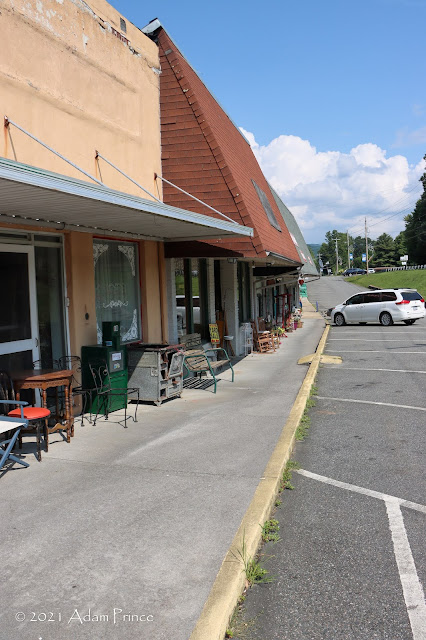 Elk Park is also home to the nearby Elk River Falls and is just a few miles south of where the Appalachian Trail crosses US 19E in Tennessee.