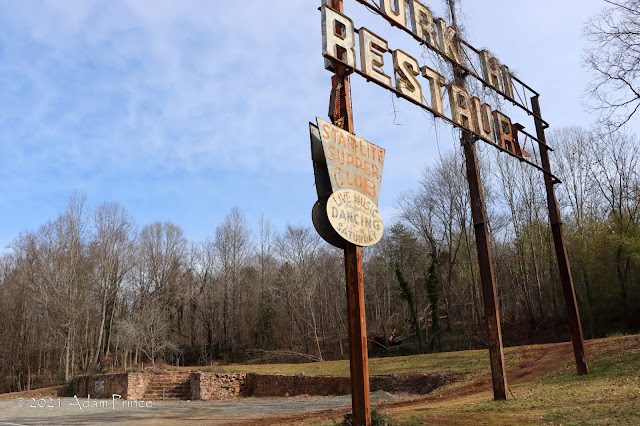 North of Spencer and across the Yadkin River in Davidson County was an old night club.  Along a twisty old alignment of US 29, the York Hill Restaurant and Star-Lite Supper Club once stood.  Its large sign could be seen by travelers crossing the Wil-Cox Bridge and possibly in later years along Interstate 85. 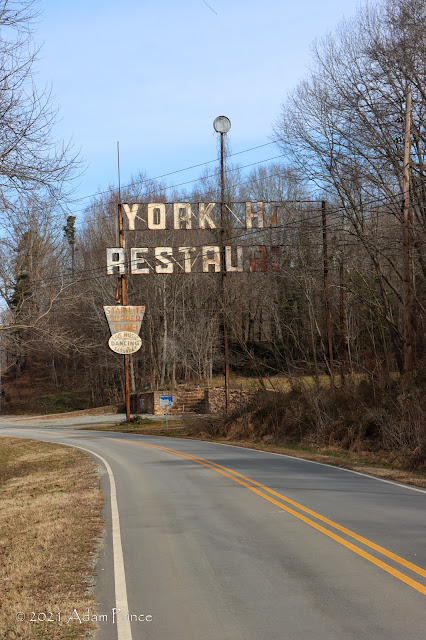 The old nightspot that had live music and dancing on Saturday nights is long gone.  The building burned to the ground in the 1980s.  In November 2019, a clean-up crew as part of REI's #optoutside program cleared the grounds of decades worth of illegally dumped trash.
It looks like the old sign was actually part of the building and that it like many other restaurant and supper clubs of the time had multiple rooms - most likely added on over time. 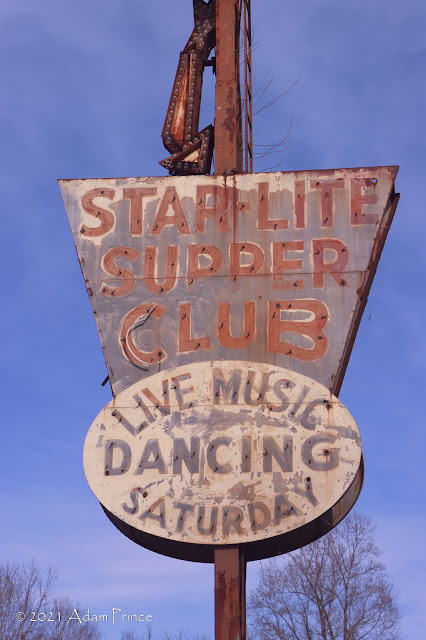 It is amazing that the sign has withstood the test of time.  A few letters are missing along with the original neon.  If the sign wasn't standing, the York Hill Restaurant would be forgotten and lost in time. 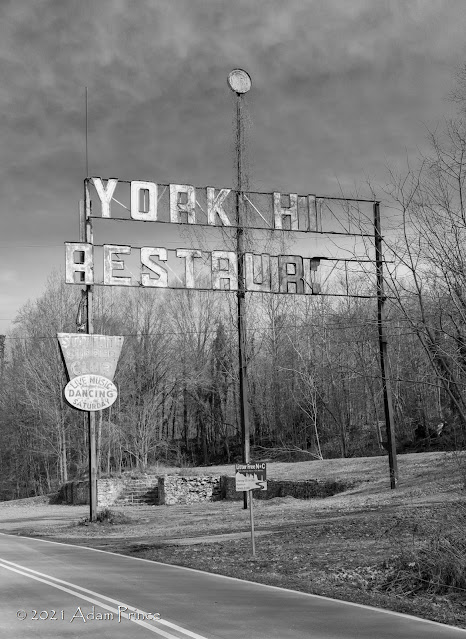 In my internet research, I haven't found much about York Hill.  I did find an image link to an old matchbook that advertised its charcoal-broiled steaks, but that's it.  I am sure that the York Hill and Star-Lite Supper Club were both popular spots back in the day.  It most likely had a number of local bands and possibly performances by some well-known stars.  If you know anything about the York Hill & Star-Lite Supper Club.  Please leave a comment or drop me a line.
All photos were taken by post author - January 30, 2021
How To Find It:
The former York Hill Restaurant sits across from the driveway for the York Hill Yadkin River Access Point.
Email Post
Labels: abandoned Davidson County ghost signs night clubs restaurants

Abandoned NC said…
I've recently become interested in this place as well and decided to see what might come up online via search engines.
I'm hoping to do a deep dive through some old newspaper archives and county photo collections and see what turns up. If it amounts to much of anything, I'll make sure and let you know.
August 15, 2022 at 9:47 PM