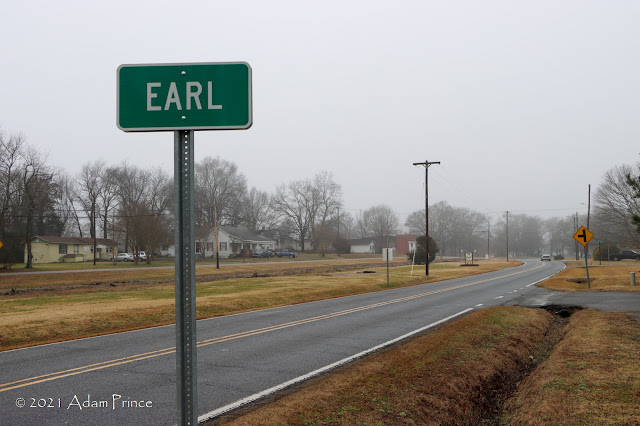 EARL - Cleveland County Community on NC 198 just north of the South Carolina State Line.  Earl is named after William Earl, a British immigrant who was a local landowner.  Earl incorporated in 1891.  The town would later revoke its charter; but in 1971, it reactivated its charter.  Earl is a small town with about 260 residents.