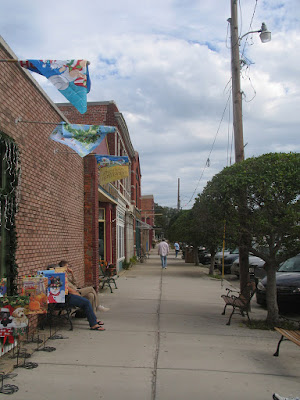 The charming coastal town of Southport sits near the mouth of the Cape Fear River in Brunswick County with a long and storied history.  Explored by the Spanish in the early 1500's, a haven for pirates two centuries later, the area around what would become Southport began to be settled with Brunswick Town.  In 1748, Fort Johnston was built at the mouth of the Cape Fear River.  The fort was built to protect settlements along the Cape Fear.  As settlers and tradesmen set up next to the fort, Joshua Potts requested the formation of a town.  In 1792, the North Carolina General Assembly authorized five men to plan the town.  Named Smithville after Revolutionary War Colonel, the town would be incorporated in 1805.  Three years later, Smithville was named Brunswick County Seat.
Smithville was renamed Southport in 1887 with the hopes of turning the community into a major shipping port.  Unfortunately, that never happened as the major shipping port remained upstream on the Cape Fear River in Wilmington.
Southport would serve as the Brunswick County seat until 1977.  A referendum moved the county seat to a more central location near Bolivia.  This did not sit well with a number residents who unsuccessfully petitioned to have a new county named Smithville carved out of Brunswick County with Southport remaining as county seat.
During the 1800s, Fort Johnston would see its importance diminish when Fort Caswell was built on nearby Oak Island.  During the Civil War, the Confederates captured and renamed the installation Fort Branch and then Fort Pender.  The fort was part of a series of fortifications near the mouth of the Cape Fear that the Confederacy used to assist blockade runners into Wilmington.  The fort eventually fell to Union hands in February 1865 and after the war the fort's name returned to Fort Johnston.
After the Civil War, the fort served various duties including homes to the US Signal Corps, Weather Bureau, Army Corps of Engineers, Surveying Corps, and home to officers in an Air Force air rescue unit.  In its later years, the Garrison House was home to a handful of military families.  In 2006, the federal government transferred the fort and surrounding property to the City of Southport.  Today, the Garrison House of Fort Johnston is home to the Southport Visitor's Center, Southport Historical Society, and the Fort Johnston-Southport Museum. 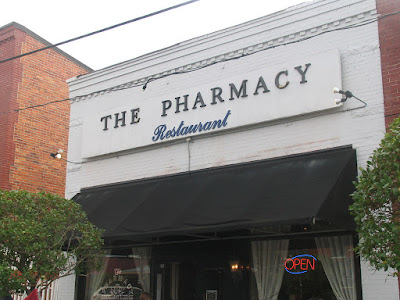 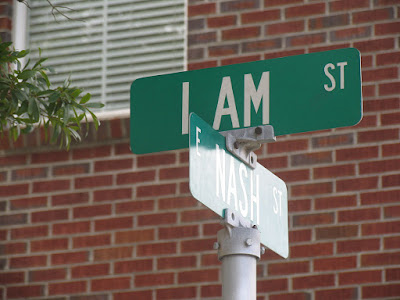 One of the more unique quirks to Southport are four streets named Lord, Howe, Dry, and I Am.  The town already had a Lord, Howe, and Dry Streets when the town's leaders decided to name a small alley "I Am" Street as a humored play on alcohol and abstinence. 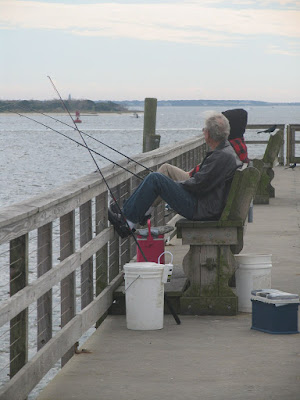 Southport has also been the on location filming site for numerous films and television programs.  The city's laidback atmosphere makes it extremely attractive to retirees and visitors year-round.  Southport continues to grow and may possibly eclipse 4,000 residents by the 2020 Census.
All photos taken by post author - November 2008.
Further Reading:
How To Get There:
Email Post
Labels: Brunswick County S walkabouts