Graham and the Alamance County Courthouse 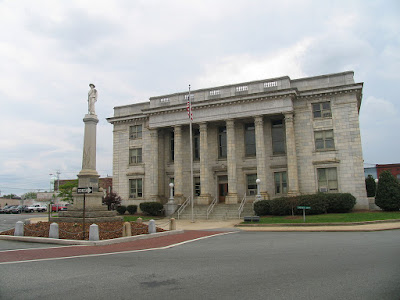 In the late 1840s, growth in Western Orange County necessitated the creation of a new county west of the Haw River.  In 1849, Alamance County was created, and the search began for a new county seat.  A committee of eight men were charged with determining the location for the center of government in the newly formed county.  The men agreed that the seat should be in the geographic center of the county and 75 acres of land were purchased for the creation of the new town.  The town was laid out by Silas M. Lane. (1) 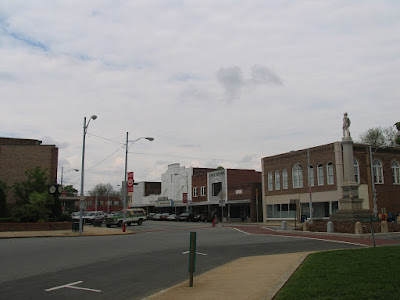 With a new county formed and the location of the county seat and courthouse determined, the next step was to name the town.  Numerous names including Gallatin and Montgomery were considered, but it was decided to name the town Graham in honor of the then-current North Carolina Governor, William A. Graham. 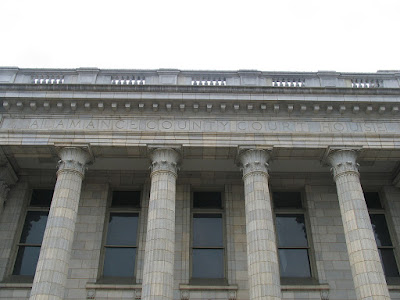 Graham is one of the many North Carolina County Seat to have the County Courthouse located within a Town or Court Square.  The current courthouse was built in 1923 and is of the Classical Revival style.  It was added to the National Register of Historic Places in 1979.  This courthouse replaced the original Alamance County Courthouse that was built with the founding of the town in 1849 and opened in 1852.  That courthouse saw numerous expansions until it was replaced.

The Courthouse Square and much of downtown is part of an historic district.  A one mile historic walking trail covers nearly 40 structures within the downtown area, including the Paris Building, seen below, built in 1912. 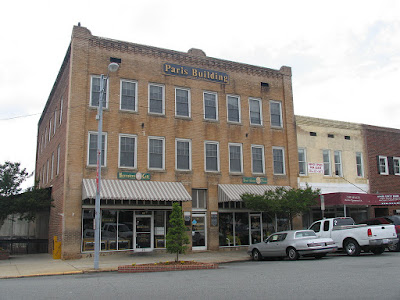 Graham was one of the flashpoints of North Carolina's turbulent Reconstruction period.  In 1870, the lynching of Wyatt Outlaw, the first elected African-American Town Commissioner, at Court Square was one of two events that helped to trigger the brief Kirk-Holden War against the Klan that same year.  The other event was the assassination of State Senator John W. Stephens in Yanceyville. 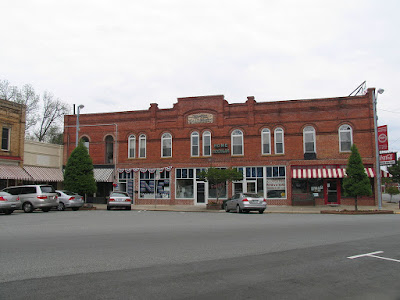 Today, Graham is a growing town of over 14,000 residents.   It's proximity of being halfway between Greensboro and Research Triangle Park has attracted many new residents.  Graham also neighbors Burlington which is the largest city in Alamance County.  Though Burlington is the larger city, Graham has a character of its own and its own unique charm.  One of the more popular spots in town is the Graham Soda Shop & Grill.  The Graham Soda Shop has been a staple in the town since 1937 when the original was opened by Foust Thompson.  A fire in the building severely damaged the building in 1977.  The building was damaged enough where it had to be razed and rebuilt.  In 2007, Chuck Talley re-opened the Graham Soda Shop and it still operates today. 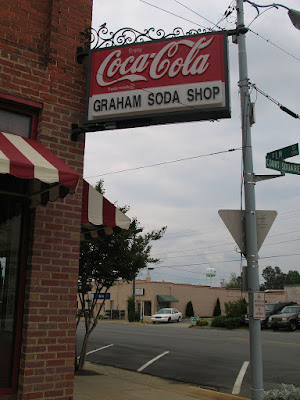