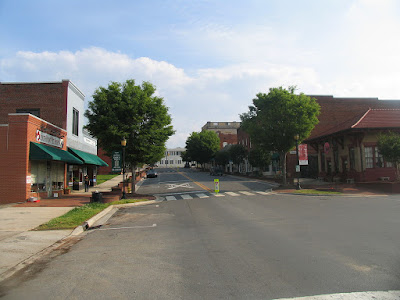 The City of Belmont is one of Gaston County's fastest growing communities. The former textile town is also one of the Charlotte's most popular suburbs.  The community of over 10,000 residents is home to Belmont Abbey College and Daniel Stowe Botanical Gardens. 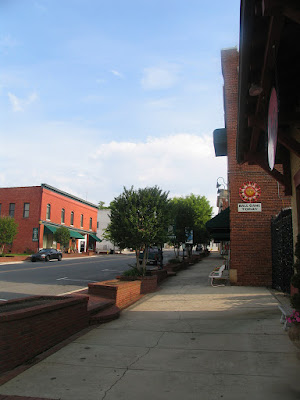 Belmont is situated between the Catawba River and the South Fork of the Catawba River.  The construction of the Atlanta and Richmond Air-Line Railway in 1871 brought the railroad to the area.  John Garibaldi built a water tank for the railroad nearby and a rail station also was constructed.  The town was originally named Garibaldi in the 1870s.  When the town was incorporated in 1895, it was renamed Belmont after August Belmont, a New York banker and financier. 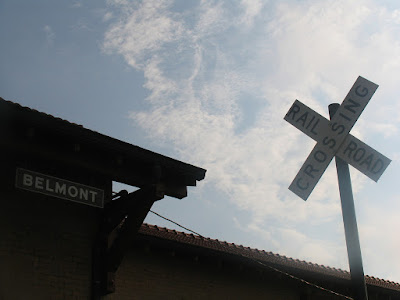 Belmont's early roots to the railroad can be found at the well-preserved railroad station that is now how to a cycle shop and cafe.  However, it wasn't the railroad that made Belmont well known.  The growth of the textile industry in the 19th and 20th century in North Carolina is how Belmont grew from a tiny rural community to an small industrial town.  Because of its proximity to Charlotte and Gastonia, location on the railroad and on a peninsula between two rivers, Belmont rapidly became a major player in textiles.  Starting with the opening of the Chronicle Mill in 1901, Belmont quickly became home to over 20 textile mills and saw its population grow to over 4,000 residents in 30 years. (1)

Belmont would become known as "The City of Diversified Textiles", and numerous company towns were built within the city's limit.   Many of the mills were owned by the Stowe family as they were the largest employer in town.   Population would reach just over 5,000 in 1950; however, the decline of the textile industry would see Belmont lose population into the 1980s. Many of the factories would shutter and the last two of the Stowe factories closed in 2009.  One remaining mill, Parkdale Mill 15, is all that is left of Belmont's proud textile past. 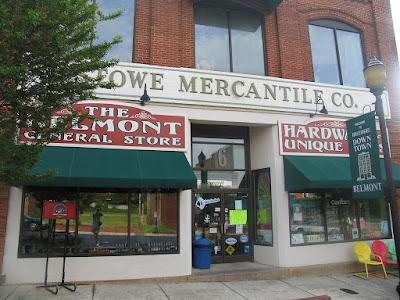 However, since the 1990s, Belmont has reversed the trend of decline and has seen a population growth.  Now a city of over 10,000 residents, Belmont is one of the more popular suburbs of the growing Charlotte region.  It's proximity to Interstate 85, Charlotte-Douglass International Airport, and Uptown Charlotte has made it very attractive to new residents.  This growth has helped to revitalize Belmont's downtown.  Many of the former company stores have been re-purposed - like the former Stowe Mercantile building which is now home to the Belmont General Store.  Numerous shops and restaurants have filled in a now very active and connected downtown.