You probably remember from when you were a kid, the tales of how you can predict the upcoming winter's weather just by interpreting the 13 distinct segments on a woolly worm caterpillar.  Depending on the amount of black or brown on the worm, residents could expect a mild (more brown) or cold (more black) winter.  What if there was a festival that held races to determine which woolly worm to be used to make that winter prediction? 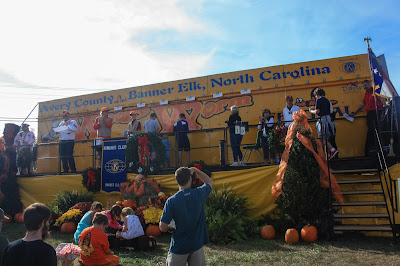 For 40 years, the High Country town of Banner Elk has celebrated the end of fall and coming of winter at its Woolly Worm Festival.  Held annually over the third weekend of October, the Woolly Worm Festival attracts thousands to the Avery County town.  The highlight of the festival is the full slate of woolly worm races on Saturday.  Beginning at around 9:00 am on Saturday, races will begin on the main race stage on the festival grounds.  The worms race up a string - and the first to make the top advances.  Around 1,000 participants will compete in heats of 25 each to earn their way to the final race - typically running at 4:00 pm. 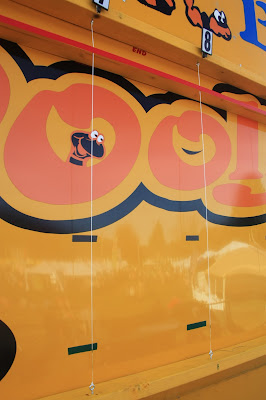 The main attraction is the 4:00 Saturday final race.  This is the highlight of the festival.  The finalists from the earlier heats now compete for the championship.  The winner of this race receives a $1,000 cash prize and also the winning worm is used to predict the winter forecast for the North Carolina mountains.  Festival patrons sit on bales of hay and wildly cheer for the handful of woolly worms competing for the title. 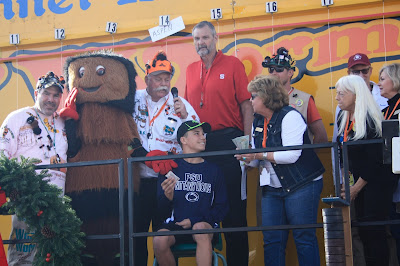 The Woolly Worm festival has a lot of other great things to do, see and of course eat.  There are numerous local merchants and craftsmen with booths supporting their business, there are a lot of activities for kids (miniature golf, inflatables, and more.), lots of great food, and various forms of entertainment (dance teams and musicians).

Our family got to the festival too late to participate in the official races, but we were still able to go up on stage and race our own.  We purchased a woolly worm for our oldest son, who named the worm 'Sky'.  Sky must have been upset to be chosen so late.  After we placed Sky on the string to climb, Sky immediately turned around and headed off stage and back to the ground. 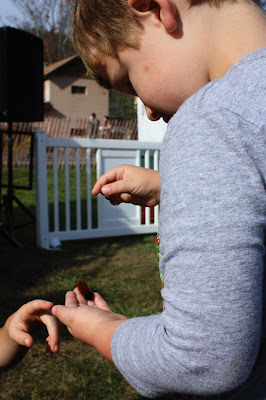 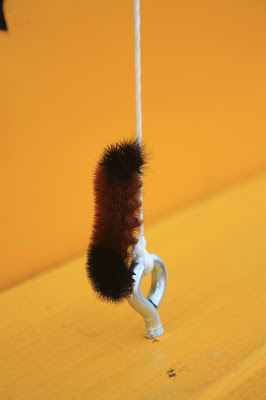 If you wish to go to the Woolly Worm Festival and want to enter the races - get there early.  But even if you get there late, you can't help to get caught up in the fun and excitement of these fuzzy little creatures racing up about three feet of string!