Wilmington's Harry Forden Bridge - aka The One Tree Hill Bridge 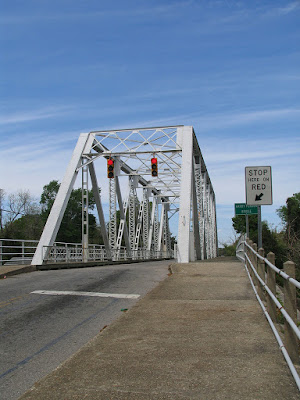 You may not know it but the North 6th Street/Harry Forden Bridge in Wilmington is one of the most famous and widely viewed bridge in the state.  Known best for being the bridge in the opening of television's One Tree Hill., the bridge has also been in other TV series like Revolution and Under the Dome.  Its modern notoriety aside, the over 100 year old bridge is historically significant, named in honor of a beloved community figure, and offers some of the most unique views of the city. 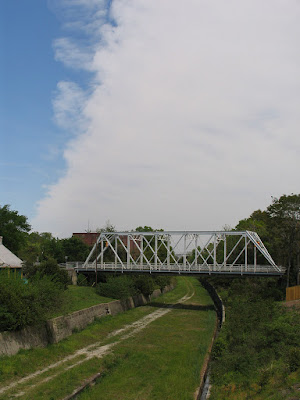 The Sixth Street Bridge is the third structure to cross over what was once tracks belonging to the Wilmington & Weldon and later Atlantic Coast Rail Line since 1873.  The railroad tracks were cut into Wilmington and served as basically the dividing line between North and South Wilmington.  In 1909, after a number of repairs and replacements, the city and Atlantic Coast Line requested bids for a new steel truss bridge for Sixth Street.  The contractor that was originally awarded the bid, Southern Construction out of Burlington, failed to make bond and also wages to their laborers.  Southern left town and the project was halted.  A local civil engineer, A.D. O'Brien, would be awarded the contract to complete the bridge and in the fall of 1911 the bridge was completed and opened. (1) 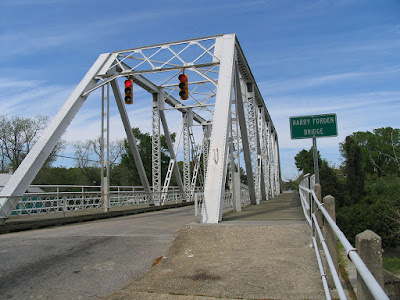 A seven panel Pratt-through truss bridge, the Sixth Street Bridge is the sole survivor of truss bridges that crossed over the sunken rail tracks connecting the city to the Brooklyn Neighborhood to the north.  At only 17' wide, the bridge can only carry one lane of alternating traffic along its 149 foot length.  Traffic signals on the bridge control traffic.

Harry Forden was known as the "Mayor of Brooklyn" - the city neighborhood that sits north of the bridge.  When the railroad left Wilmington in the late 1950s, Forden advocated hard for the neighborhood and is credited for reviving North Fourth Street.  He served as the chairman of the city's Ward - now Preceint - 1. (2)  Mr. Forden passed away in 2004 at the age of 69.  The bridge was named in his honor in May 2007. 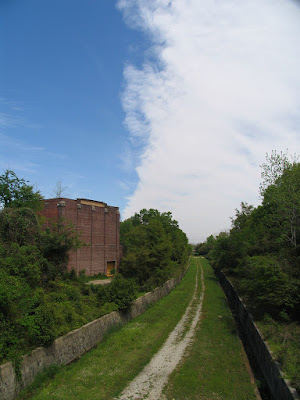 The rail tracks below the bridge are long gone.  The tracks were removed sometime after the ACL moved their headquarters from Wilmington to Jacksonville, Florida in 1960.  However, the empty right-of-way below and some of the surrounding buildings show how rail was a key mode of transportation in Wilmington for a significant period of time.

I believe the North Sixth Street/Harry Forden Bridge is the last vehicular through truss bridge in an urban setting within North Carolina - or at least in our major cities.  It is a bridge maybe more known as a result of pop culture, but when you learn more about it, it has a story of its own to tell. 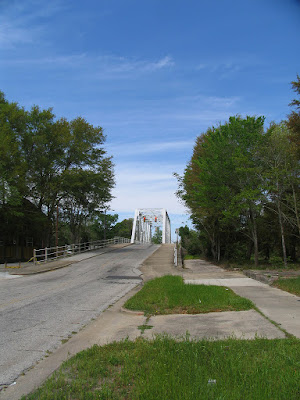