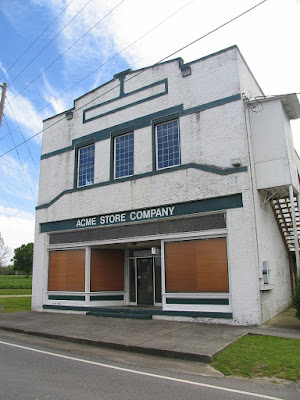 Though there is not much to the Columbus Community of Acme, there is a lot of history to its name - or rather its name changes.  Acme is located on an old alignment of NC 87 and along Livingston Creek.  It was originally known as Livingston but would be incorporated as Cronly in 1905.  Six years later, the community was renamed Acme after the Acme Manufacturing Company which had a nearby fertilizer plant.  The town is now unincorporated and all that pretty much remains is this old company store.