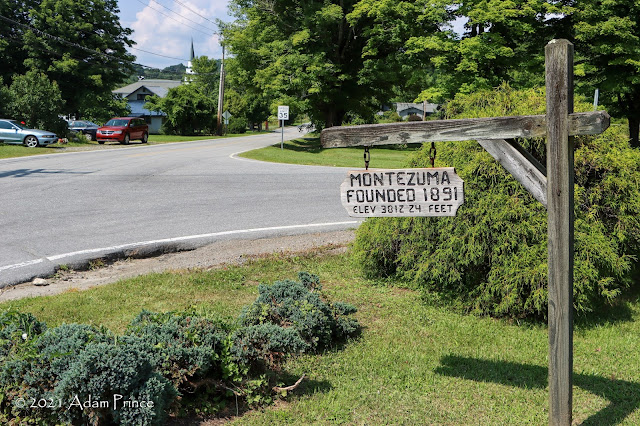 MONTEZUMA - This Avery County Community sits off of old NC 181 just west of Newland.  Named for the Aztec Chief Montezuma II, the mountain village had a pair of other names prior.  It was first known as Bull Scrape after nearby Bullscrape Gap.

Bullscrape Gap gets its name after a nearby salt lick that attracted many cattle.  Bulls would scrape the ground with their hooves before charging other bulls in combat.  The name seems to have been popularized in the mid-1880s when a post office was established here under the name, Aaron.

Aaron would be the town's name when incorporated in 1891.  Montezuma became the town's name in 1911.  The question of whether Montezuma was ever known as Bull Scrape is of local legend; but in either case, this little mountain community has a unique or seemingly out-of-place name no matter what.