A visit to the North Carolina mountains wouldn't be complete without stopping at the Mast General Store in Valle Crucis.  On a recent summer visit to Banner Elk and Boone - my family and I stopped at the original store off Highway 194. 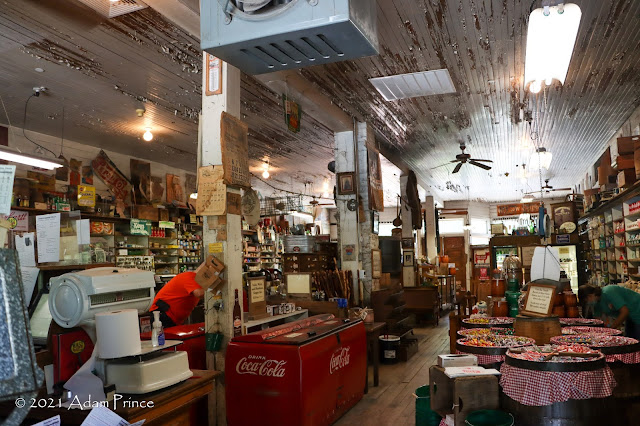 From the outside to the inside, immediately you are taken back to a time when residents of local rural communities could find everything they needed at their local general or country store.  Here you can get keys made, get fishing and camping gear, mail a postcard, buy some homemade jam, and of course fill up on penny candy. 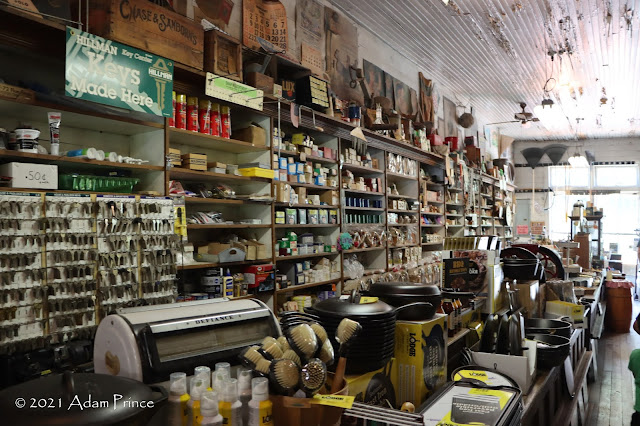 While inside, you wish that the sound of the creaky wooden floors could tell stories of years gone by.  Shelves filled with nearly everything imaginable - toys, trinkets, cast iron cookware, books, and more.  Barrels filled with candy and coolers stocked with full glass soda bottles are a young child's dream come true.
The Mast General Store Annex - about a quarter of a mile down the road - is where most of the candy can be found.  The Annex also has clothing, books, and some other items the main store may not have.  Outside o the Annex's parking lot is an ice cream stand - and it is great to sit, relax, and enjoy your treat along Dutch Creek.

The original Mast General Store is located in the Watauga County Community of Valle Crucis. Latin for "Valley of the Cross", Valle Crucis was formally settled in 1842 by Episcopalian missionaries.  The missionaries, lead by Levi Samuel Ives, saw that the river valley at where Dutch Creek and Watauga River meet resembled an archbishop's cross.

The Mast family would own and operate the store into the 1970s.  In 1973, the family would sell the business to an Atlanta doctor and a professor at Appalachian State University.  During the remainder of the 70s, the store ownership changed hands several times.  In November 1977, the store would close temporarily for the winter season; however, it did not re-open in the spring of 1978.
John and Faye Cooper from Florida would purchase the store in 1979.  The family moved to North Carolina and restored the old store to its original charm.  The Cooper's re-opened Mast General Store in June 1980.   Soon after, postal service returned as a branch office of the Banner Elk Post Office.  In 1982, the Cooper's purchased the nearby former Valle Crucis Company General Store.  The former friendly rival's store is now home to the Mast Store Annex and Candy Barrel.
Later in the 1980s, Mast General Store began expanding beyond their Valle Crucis roots.  A new store opened in Boone in 1988. Further expansions to Asheville, Hendersonville, and Waynesville in Western North Carolina would later follow.  Additional expansion into Virginia, South Carolina, and Tennessee would also follow.   Nearly all of the Mast General Stores have found a home in the downtowns of these cities - often in a former department or similar type of store.

The mountains of North Carolina are full of traditions - family farms, bluegrass music, local craftsmanship, and the outdoors.  And it is at the general store that many of these traditions cross paths and can be found in one place.  The general store was where you could find everything you needed - groceries, feed, hardware, clothing, toys, and more.  At the Mast General Store - that tradition continues.