The City of New Bern is one of North Carolina's many historical towns and communities along its coast. Founded in 1710 by Swiss and German immigrants, New Bern is named after Berne, Switzerland - the home of town's founder, Baron Cristoph de Graffenried.  New Bern would serve as the colonial and early state capital of North Carolina from 1770 -1792 when the state capital was moved to Raleigh. The capitol was located at Tryon Palace.  During the Revolutionary War, fears that New Bern's proximity to the coast would make it susceptible to British attack spurred the initiative to move the capital further inland.  Shortly after, Tryon Palace would burn to the ground.  It wasn't until the 1950s that the Governor's Palace and grounds were rebuilt and opened to the public. 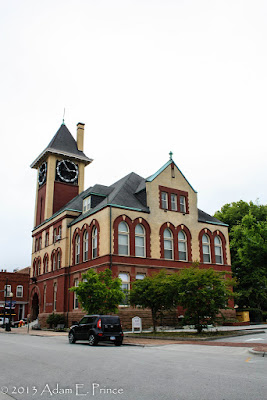 Of course, Tryon Palace is not the only historic and unique building within New Bern.  The New Bern City Hall is one of the most recognizable landmarks within the city.  This historic structure constructed in a Romanequese Revival style was built in the 1890s.  Completed in 1897, the building original was home to federal courthouses and offices before being turned over to the city in the 1930s.  The most well known feature is the four sided clockhouse tower that was designed by James Knox Taylor. 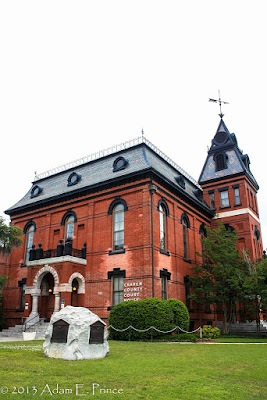 In addition, the Craven County Courthouse is another historic building.  Located within the New Bern Historic District, the court house was built in 1883 replacing an earlier courthouse that was burned during the Civil War.


One of New Bern's claims to fame is that it is the birthplace of Pepsi-Cola.  In 1893, Caleb Bradham would create what was then known as "Brad's Drink" at his drug store located along Middle Street in Downtown New Bern.  Six years later, "Brad's Drink" was renamed Pepsi-Cola and the rest is history.  Today, Bradham's Drug Store is now a museum and store celebrating Pepsi's long and storied history. 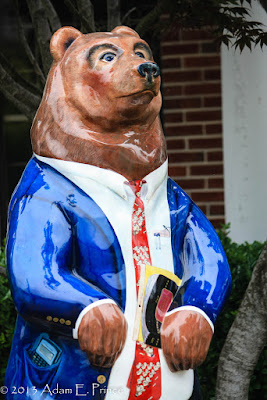 When you travel to New Bern, you will come across a lot of bears.  It's in the town coat of arms, you will see bears as decorative ornamentals on the City Hall Building (see below), and you will also find numerous bears as pieces of local public art found through out town. 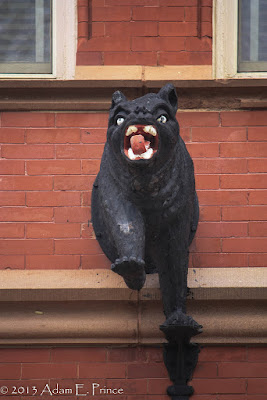 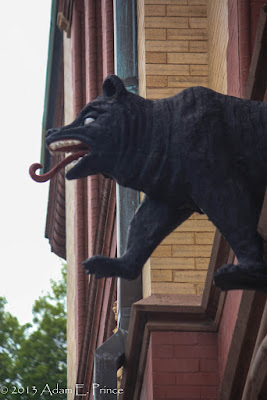 As part of the city's 300th birthday celebration, the city commissioned local artists to create 50 different bears as works of public art.  Many of these bears can still be found around the city today. 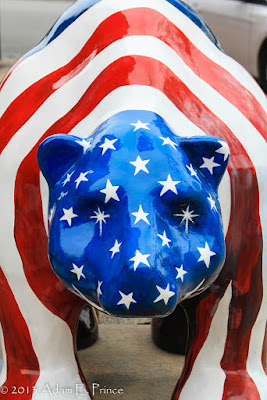