While the Rowan County community of China Grove may be a "sleepy little town," it is not around "San Antone."  It is, however, one of the faster-growing communities within the county - and on one February Saturday every year, it is guaranteed to snow.
Named after a grove of chinaberry trees found near the town's former train depot, China Grove is home to over 4,000 residents.  It is told that the grove of trees provided shade on hot days to residents, travelers, and their horses.  The chinaberry grove also served as a landmark for Native Americans.  The shady grove lasted until about 1920, as the heavy traffic around the train depot depleted and eventually eliminated them.
First settled around 1710, the community was known as Savits Mill and Lutherville before adopting its well-known landmark as its town name in 1849.  Forty years later, China Grove was formally incorporated as a town.
China Grove is home to North Carolina's first Rural Free Delivery (RFD) route and the second in the nation. The free delivered direct-to-home service of all postal items began in 1896.  The success of the China Grove experimental service helped lead to RFD's nationwide adoption, eliminating the need for rural residents to travel to the local post office to pick up all postal deliveries. 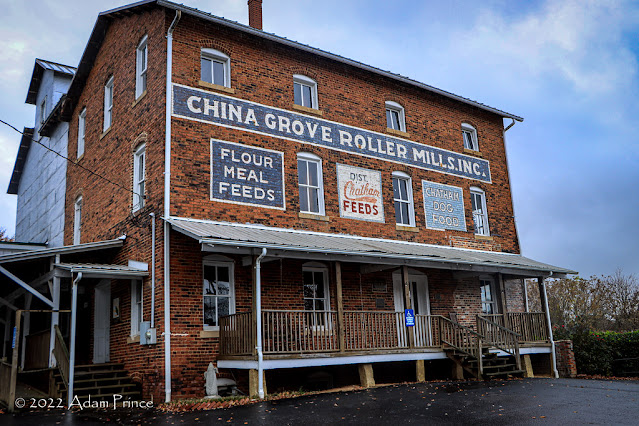 For over a century, the central meeting place of downtown China Grove was the China Grove Roller Mill.  Built in 1903, the now historic building was where local farmers sold grain and corn to be rolled into flour, cornmeal, and other items.  The mill also had a sawmill, sold feed, served as a general store, and was the center of activity for the local community.  The mill remained in operation until 1995.  It is now a museum - showcasing many of the original pieces of equipment to the mill.  The three-story building was added to the National Register of Historic Places in 1983. 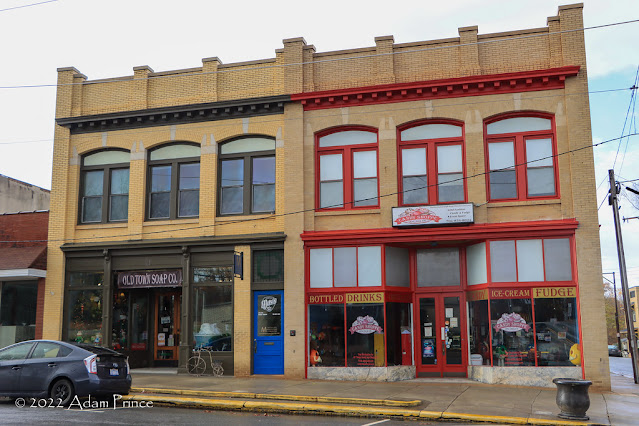 Downtown China Grove has numerous local businesses that were once commonplace in many small towns.  A local pharmacy, sporting goods store, farm supply, and soda fountain are open for business.  Newer businesses like the Grove Cartel Brewing Company and Old Town Soap Company have brought new life to Main Street. 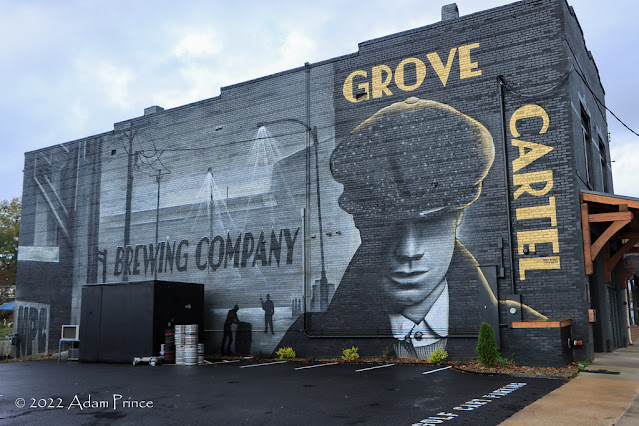 Throughout the year, China Grove hosts several festivals.  The annual Farmers Day festival is held in July.  The town hosts the Southern Rowan Christmas Parade.  One of the town's more popular events is 'Snow Day' held every February.  It is 'guaranteed' to snow in China Grove on Snow Day.  Downtown China Grove is turned into a Winter Wonderland, complete with sledding, skating, and of course snowball fights.
Sources & Links:
How To Get There:
Email Post
Labels: C Rowan County