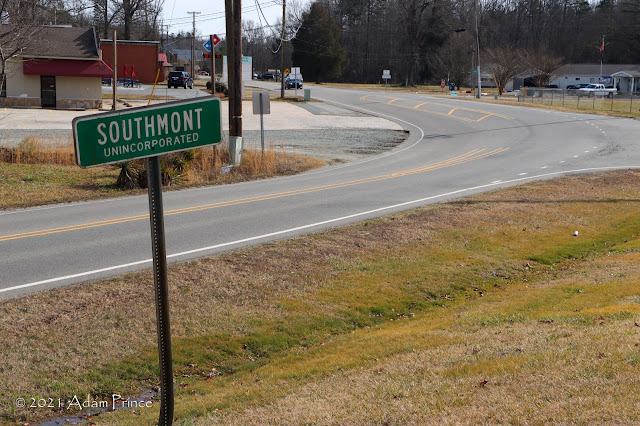 SOUTHMONT - This Davidson County community originally was known as Fairmont from 1883 to 1906.  When attempts were made to re-establish a post office here in 1911, it was originally rejected as Robeson County's Union City was renamed Fairmont in 1907.   Southmont was chosen and a post office was approved.  It is believed that Southmont's name came from the newly built Winston-Salem Southbound Railway.  A small village developed where the new railroad intersected the Lexington Highway.