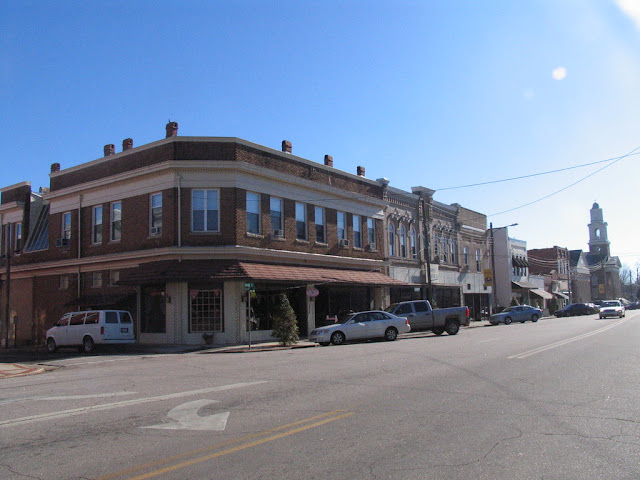 Oxford, the County Seat of Granville County, is named after the plantation home of Samuel Benton.  Benton served as a Granville County Representative in the North Carolina House of Commons and other political offices.  Benton allowed one acre of his 1000 acre plantation to be set aside for a courthouse. 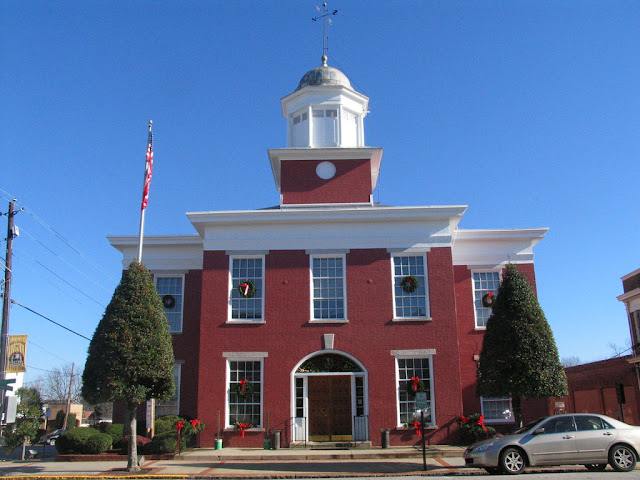 However, it wasn't until 1811 that an additional 50 acres around the courthouse were authorized to be laid out as a town.  In 1816, Oxford was incorporated.

Today, Oxford is home to nearly 9,000 residents and is home to several manufacturing plants. Downtown Oxford is a very walkable community with local businesses, restaurants, and churches close to many neighborhood homes. 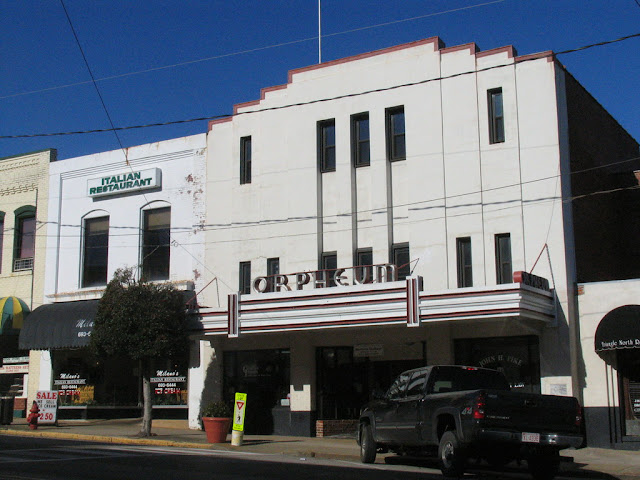 The Orpheum Theatre dates back to 1912.  Damaged by fire in 1941, it was restored and reopened in 1943 and was home to live Western stage shows into the 1960s.  For over five decades, the Orpheum was used for office space or sat empty.  In 2018, a local couple purchased and began a restoration project of the theatre.  It now can be used as a private event venue for wedding receptions and other events.
All photos taken by post author - January 3, 2009.

How To Get There:
Email Post
Labels: Granville County O walkabouts