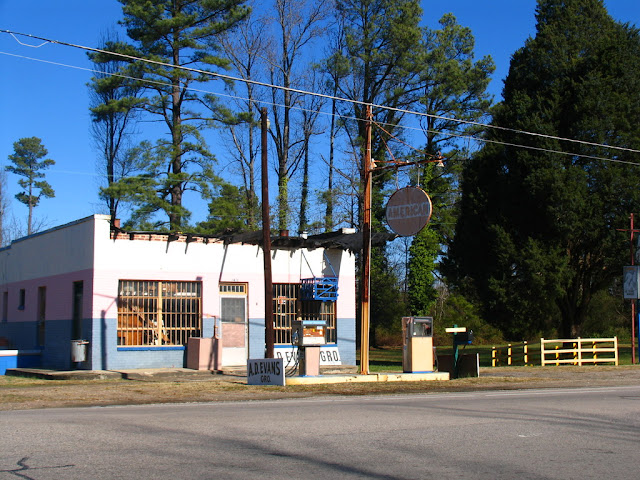 The remnants of old country stores and gas stations can be found along numerous highways in North Carolina. And when I can, I have tried to stop and take photos of them. Along US 1 and US 158 in Manson (Warren County) sits an example of one of these old stores run by A.D. Evans. 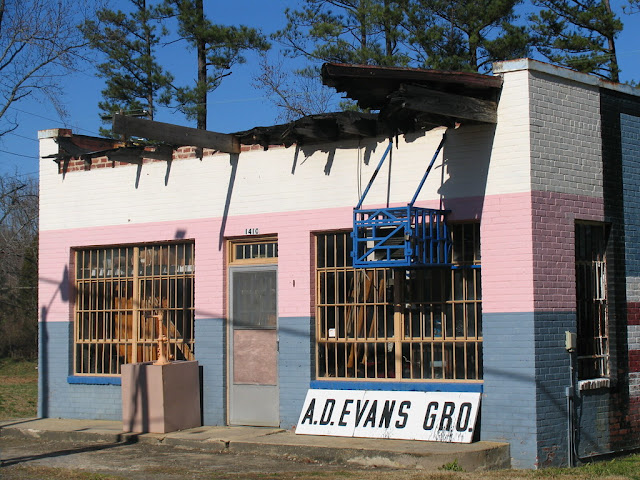 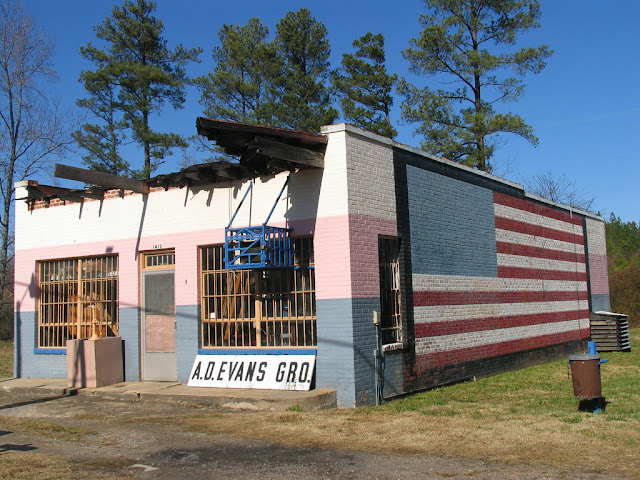 When friends and I came across it in January 2009, the old store's roof had either caved in or burned.  It appeared that it possibly had not have been abandoned for too long as there was not any overgrowth, the exterior paint was in good condition, and other than the roof, it didn't look too run down. 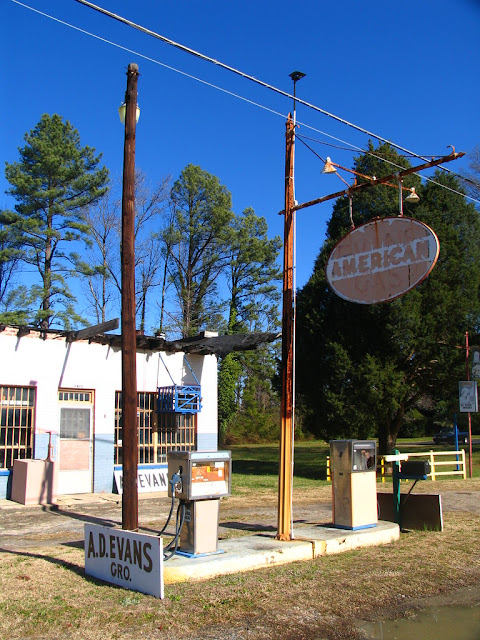 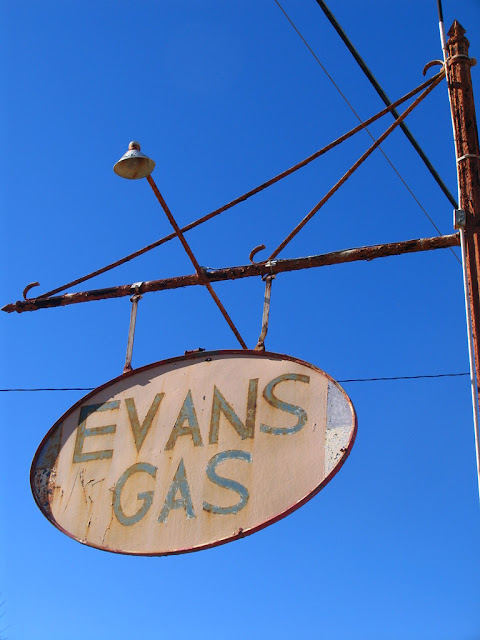 Of course, we stopped and took a look around to take photos.  And came across some interesting items that were either long forgotten or you don't see every day. 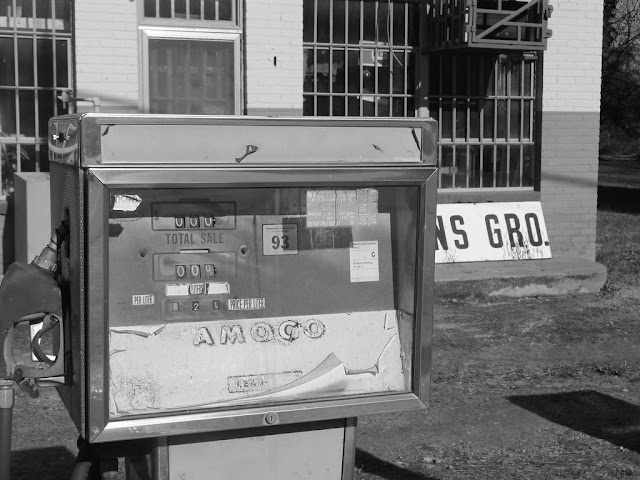 First, the old manual gas pumps.  You can still find these around along old roads, but Evans Grocery had something unique.  The old gas pumps were in metric.  Price per liter.   It makes you wonder, had they been inactive since the late 1970s when the US "attempted" to go metric?  Or was it because the old pumps couldn't catch up as a result of higher gas prices?  I thought it was interesting. 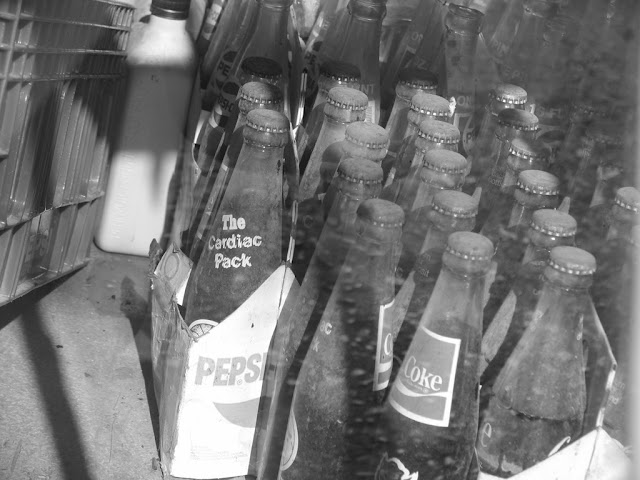 The second item was inside the building and could only be seen from the windows.  They were old - but full - glass soda bottles from the early 1980s.  The Pepsi-Cola bottles are most likely from 1983 when the NC State Wolfpack won the NCAA Men's National Basketball Title. 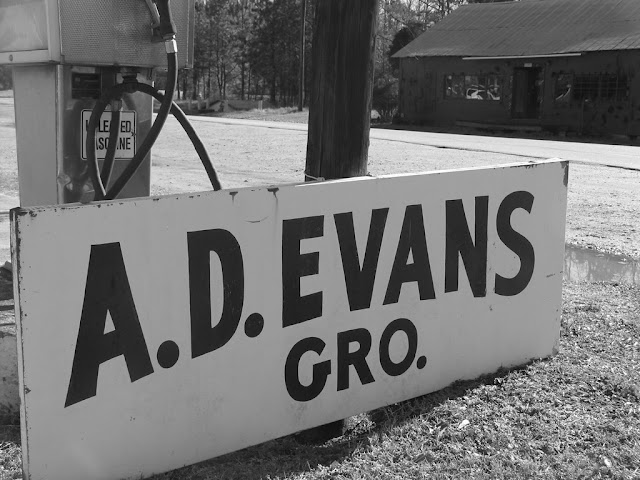 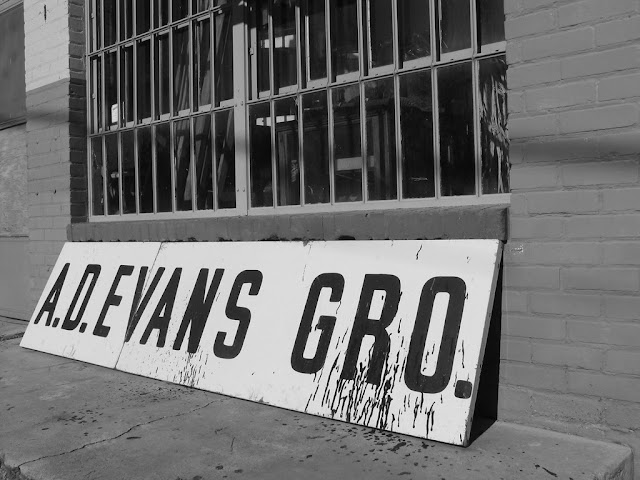 The grounds and even the signs were arranged nicely that I have to wonder that the store hadn't closed much long before. Sadly over the last decade, time and mother nature has taken over. Trees and brush now obstruct the clear views of the building that were in place in 2009.
Evans Grocery sits next to the Manson Post Office.  The intersection with US 1 and Manson-Drewry Road has a few other old rural buildings that make you believe that it was once the main activity point for this small rural crossroads community.
All photos were taken by post author unless otherwise noted - January 3, 2009.
How To Find It:
Email Post
Labels: gas stations M Warren County