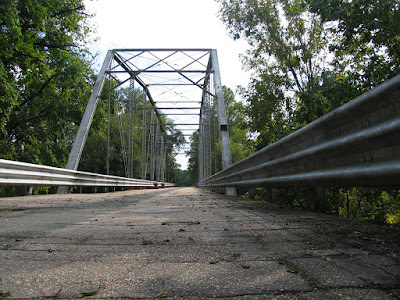 Camelback Truss Bridge over the Deep River near Cumnock.  The bridge was built in 1908 by the Cambria Works Company in Johnstown, Pennsylvania and first crossed the Cape Fear River near Lillington. 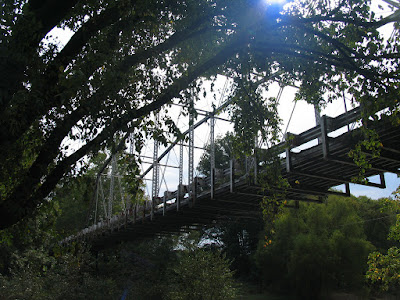 In 1930, a span of the Cape Fear bridge collapsed causing the bridge to be disassembled.  Two years later, the bridge was moved to its current location to replace a covered bridge that burned down in 1929. 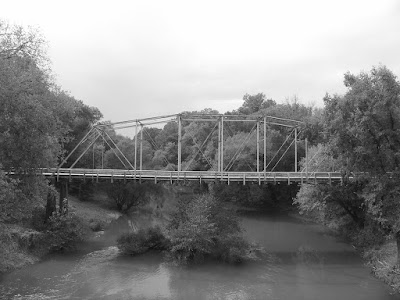 The bridge is known as Truss Bridge #155 and carried local traffic until 1992.  It has since been added to the National Register of Historic Places. Today, the bridge is the centerpiece of a local park that is popular for picnicking and fishing.
All photos taken September 27, 2008. How To Get There:
Email Post
Labels: bridges Chatham County Lee County