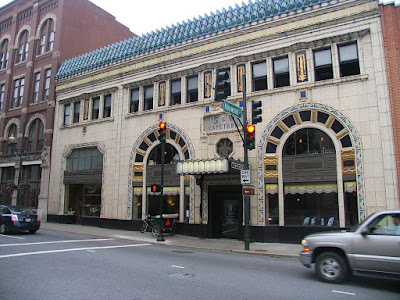 Downtown Asheville is home to many beautiful and historic buildings.  The S & W Building at the intersection of Patton Avenue and Haywood Street is certainly one of them.  Built in 1929, this gorgeous Art Deco style building was home to the S & W Cafeteria for over 40 years.  During the company's 70 year history, S & W Cafeterias offered southern-style food in many cities throughout the southeast. 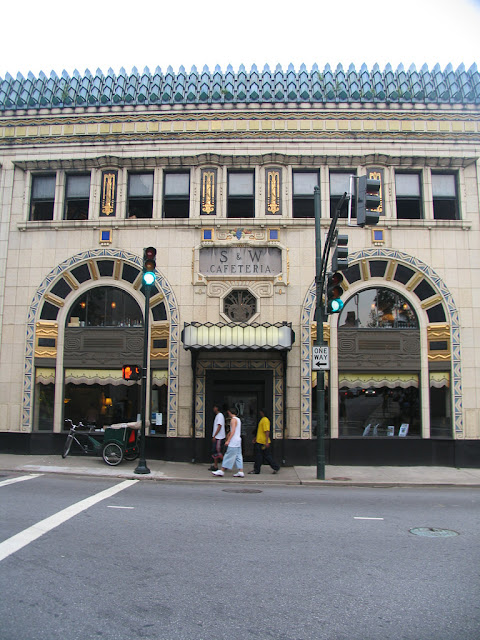 The three story building is one of the best preserved examples of Art Deco design within North Carolina and certainly is one of the more attractive buildings in Asheville.  The building was added to the National Register of Historic Places in 1977.  The S & W Cafeteria moved to a suburban mall in 1974, where it would operate until closing in 1981.  After a second cafeteria, Dale's, failed in the mid-1970s, the building sat idle until Walter Ploeger, Jr. of Arden began an extensive renovation effort in 1983. (1) 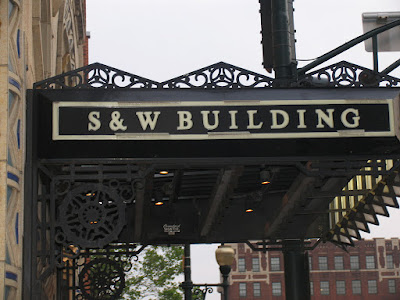 The building has seen numerous tenants come and go in the years since the renovations.  An event catering company, another run at a cafeteria, and numerous restaurants all called the S & W Building home at one point or another.  Recently, a new venture called S & W Artisanal has opened within the building.  The S & W Artisanal Eatery features a Greek Cafe and Market, a fine dining restaurant, bakery, coffee and cocktail bars, and private event/dining space.  The Eatery opened in January 2018.

How to get there: