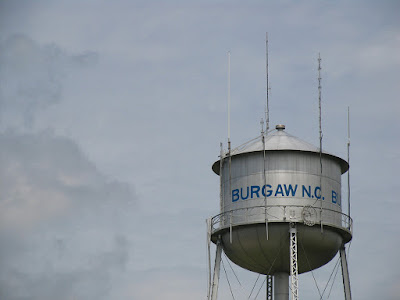 Whether it is for the annual Blueberry Festival or as a setting for numerous television shows and movies, the Pender County Seat of Burgaw is one of the more popular small towns in Southeastern North Carolina. 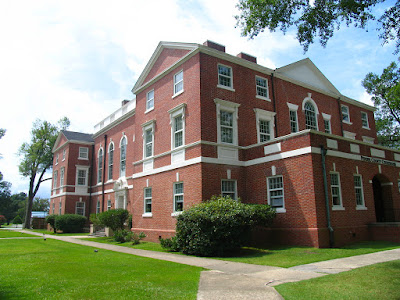 When Pender County was carved out of New Hanover County in 1875, a new town was laid out for the County Seat.  The General Assembly had stated that the County Seat be named Cowan.  Cowan was never used as two years later another act by the General Assembly decreed that the town should be call Stanford.  However, Burgaw was preferred by local residents as the Wilmigton & Weldon Railroad had a nearby station called 'Burgaw Depot'. (1) In 1879, the General Assembly passed another act officially changing the name and incorporating the town as Burgaw.  Burgaw Creek had seen earlier spellings of Bargaw and Bergaw before the establishment of Burgaw Plantation in 1764. 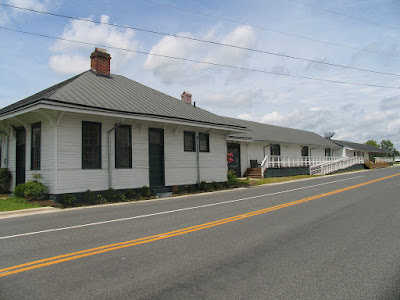 Burgaw Depot was built by the Wilmington and Weldon Railroad in 1850 and still stands today.  Additions in 1898 and 1917 added passenger waiting rooms, offices, and a freight warehouse.   The depot is oldest of two surviving antebellum railroad stations in North Carolina (the other is located in Selma).  The depot was heavily renovated in 2009 and is now home to a railroad museum, the chamber of commerce, an event center, and even a shared-use commercial kitchen.  The depot was added the National Register of Historic Places in 1986. 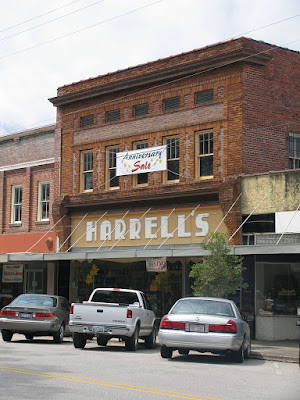 One of the more notable locations in Burgaw's downtown is Harrell's Department Store.  Harrell's is a rarity in most of small town America today, an independent family owned and operated department store.  In 1903, Chauncey Harrell and his sons began operation of the store. Today, the store specializes in men's and women's clothing and accessories along with various home goods and appliances. 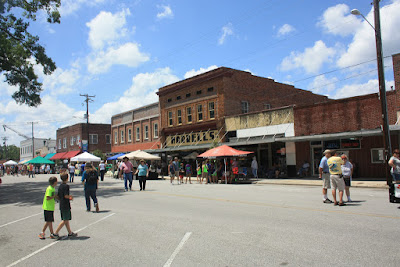 Burgaw has gained wide notoriety as a result of being a filming location for several movies and TV shows. Movies such as Silver Bullet, Idlewild, and Tammy were filmed here.  Television shows like Under the Dome, Revolution and One Tree Hill also show numerous scenes here.  It is very possible that you may see some filming underway when you visit Burgaw. 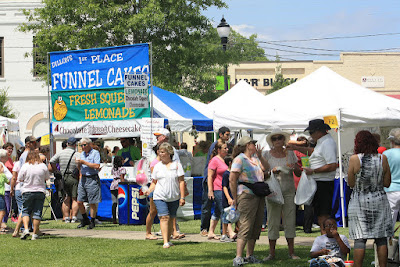 One of Burgaw's biggest annual attractions is the North Carolina Blueberry Festival.  Held annually the third weekend of June, the festival brings over 30,000 visitors to town.  The festival features a 5k run, a non competitive bike ride called the Tour de Blueberry, a BBQ cook off, car show, live music and of course judging of the best blueberry recipes.

Burgaw is located just off of Interstate 40 at Exit 398.  It's about 25 miles north of Wilmington and well worth the visit.