Mt. Mitchell is named after Dr. Elisha Mitchell who theorized and proved that a peak along the Black Mountains was higher than nearby Grandfather Mountain.  Originally estimated at 6,476 feet, Mitchell would do further research, observations, and calculations to come up with 6,672 feet.  In more modern times, the elevation was adjusted to the current 6,684 feet.  Mt. Mitchell was named after Dr. Mitchell in 1858 one year after his tragic death.

Mt. Mitchell State Park is only accessible via the Blue Ridge Parkway.  It is open year-round unless ice and snow make the access road (NC 128) impassible.

There are a number of recreation opportunities at Mt. Mitchell.  The observation tower at the top of the summit affords expansive views.  Hiking, backpacking, camping are also very popular.  The park draws birdwatchers and photographers from throughout the state.  The park also has a concession stand, gift shop, and restaurant.

One of the many trails within the park is the Old Mitchell Trail.  The 2.2-mile one-way trail begins at the Park Office and runs to the main observation area at the summit.  The trail is also accessible at the park restaurant.

The Old Mitchell Trail was the primary access trail to the summit in the 1800s and early 1900s.  It is strenuous but is well worth the time.  Wildflowers, eagles, deer, and many other items in their natural habitat can be spotted along this trail. 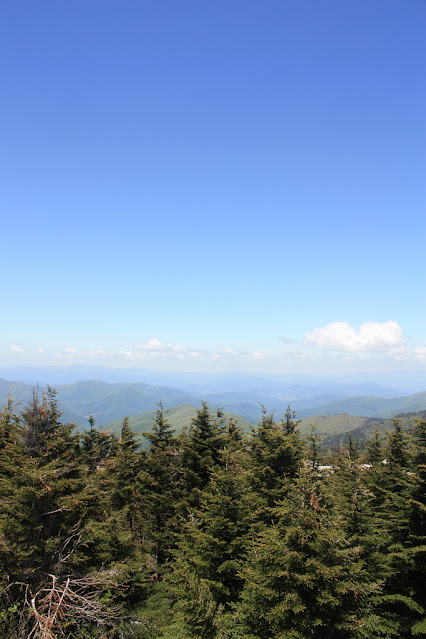 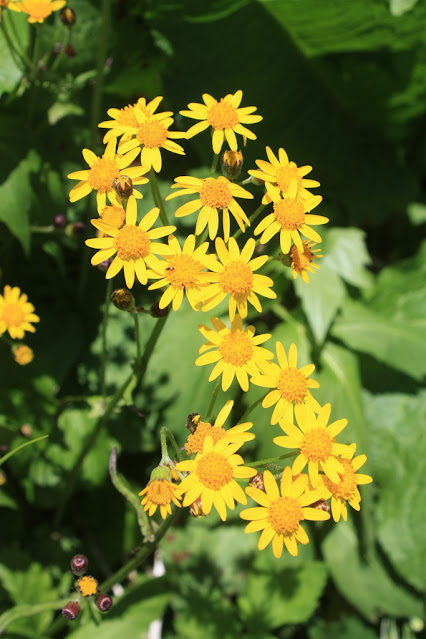 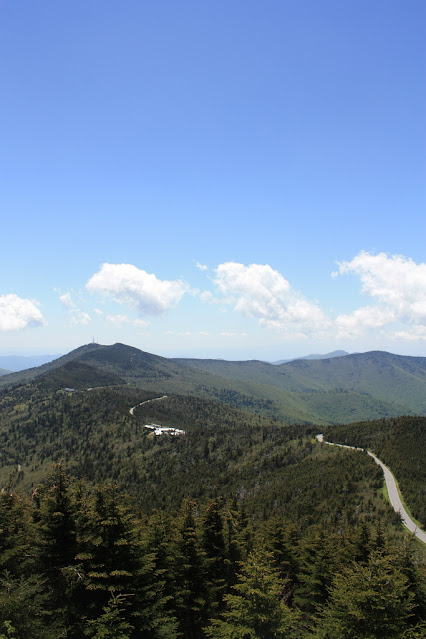 Of course you don't have to hike to reach the summit of Mt. Mitchell.  The access road, known as NC 128, runs from the Blue Ridge Parkway along the ridge of the Black Mountains to the summit.  The views, especially on a clear day, are breathtaking. 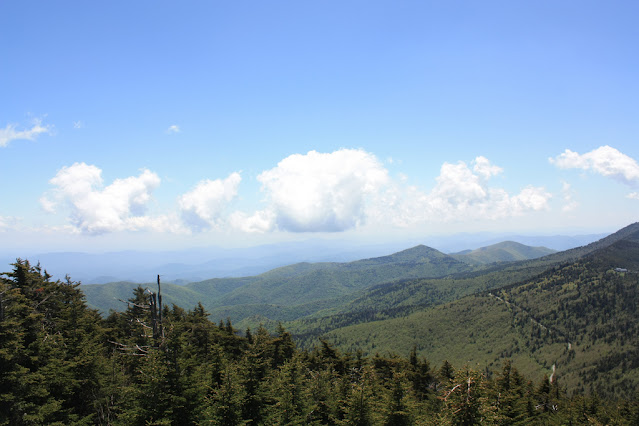