The other photo walk I attended was the one in Burlington during the evening. This walk was put together by Randy Piland and attracted about 30 photographers. The photographers ranged from the amateur point and shoot - to detailed professionals with numerous lenses and gear. I fit somewhere in the middle. It was amazing to see some of the gear and fun styles of photography those more advanced were doing.

Also, the Burlington walk there were a number of people who knew each other - and it seemed like a reunion to some.

The walk started at the old Railway Depot in town - and proceeded from there. I always seem to be enticed by churches and just outside of the main downtown are two - Church of the Holy Comforter (Episcopal) and the First Baptist Church - that quickly caught my eye. 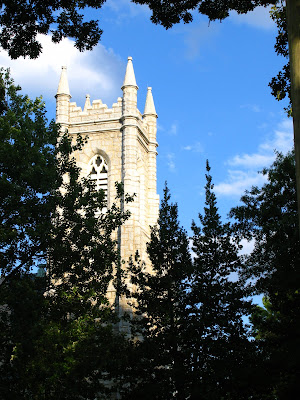 Church of the Holy Comforter 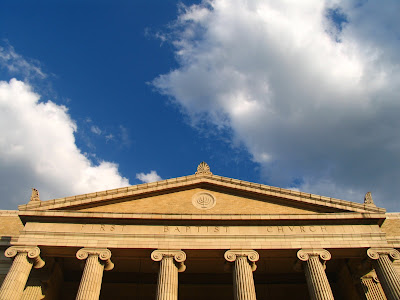 Along the walk one item kept catching my eye - and that was the smokestack from the old May Hosiery Plant. This is the look down Spring St. on a Saturday Evening. Around 7 pm, the traffic lights in town go to flash - adding to the quietness of the area. 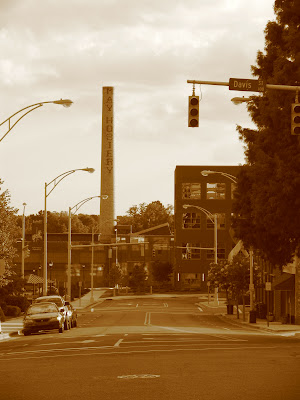 Here is a mix of new and old. A modern sculpture and fountain in front of Lab Corp's Headquarters with the old smokestack sitting behind it. 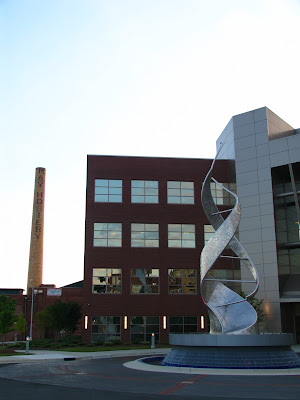 The tallest building in Burlington is the former Atlantic Bank and Trust Building. Towering the rest of the city at nine stories, the Art Deco Building was completed in 1929. It is now how to Lab Corp. I really like the shot I took of the building below - it almost has that old Linen postcard feel. 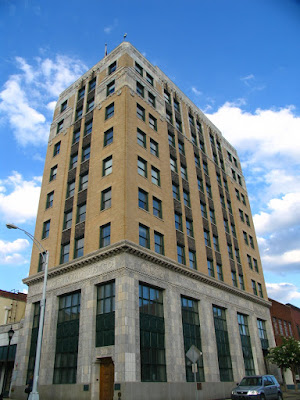 Many of the original features of the building's exterior remains intact. 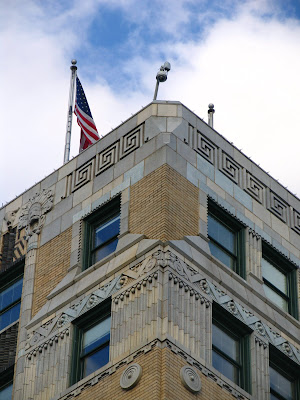 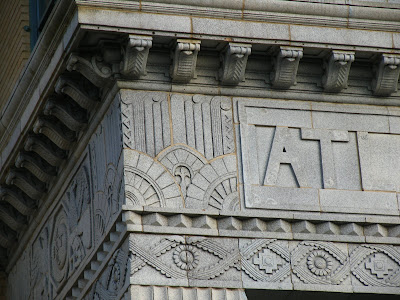 Burlington is a city in transition that is still trying to gather its footing. Lab Corp is now the major employer downtown taking over many of its buildings. On a Saturday evening, when many cities of its size would have activity downtown - Burlington pretty much sits silent. Sadly, a walk through downtown finds nothing but the remnants of former businesses along with 'for sale' signs and padlocked doors. 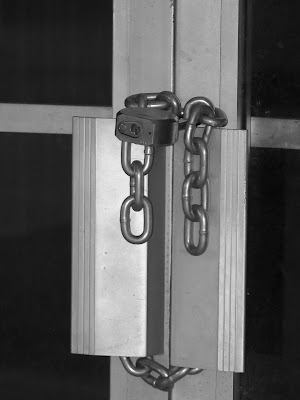 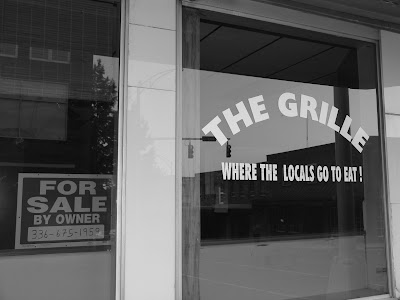 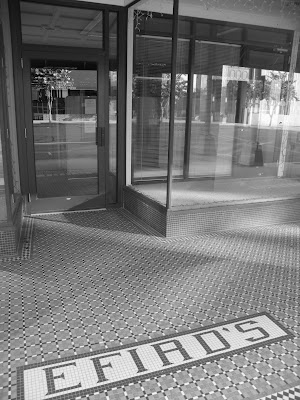 We finished the walk at Zack's Hot Dogs - which is locally famous and has been in business since 1928. It was the first time I ate there...and the menu is simple, inexpensive, and cash only. Oh, and did I tell you they sell Cheerwine in a glass bottle! 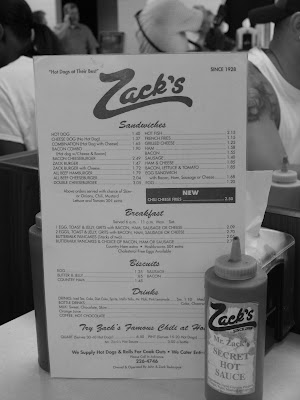 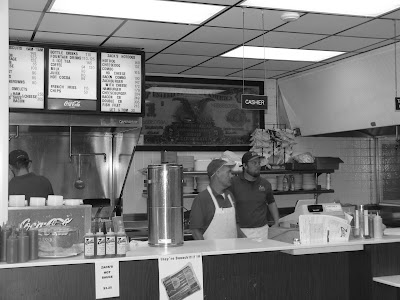 All in all, the Burlington walk was a great time and a fun time. The talk during the walk was to have another in other towns as part of next year's event, or as a separate outing. I would certainly recommend going, and commend Randy on doing a great job organizing the event!
Email Post
Labels: Alamance County B photowalks

Mark B. said…
I have lived in Burlington my whole life, and have always loved the downtown area. It has changed some over the years, and I was fortunate to be able to see many of these buildings, even had a chance to go inside many. The one building I always wanted to go inside was the "Tallest"in town. Never had a chance, and now that LabCorp owns it, thats out. But friends who work there have said the upper floors were kept original, and even have the old bathroom fixtures in them!
October 29, 2010 at 2:21 PM