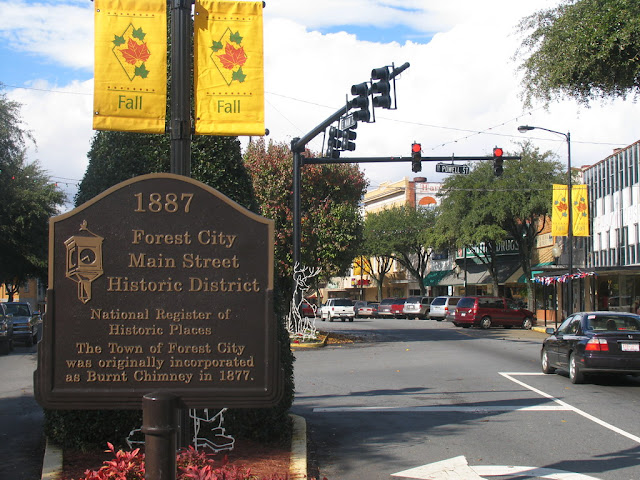 Originally incorporated as Burnt Chimney in 1877, Forest City is the largest town in Rutherford County. The name 'Burnt Chimney' came from the burned remains of the McArthur household that marked the crossroads.  However, ten years later the named was changed to Forest City in honor of Forest Davis, a nearby lumber merchant.
One of the first things you will notice upon entering Downtown Forest City is that it busy and full of character.  Great facades, variety of local businesses and restaurants, and public art are a number of the features within downtown.  This is a result of the Forest City Betterment Club.  Founded in 1914, the organization pushed for the beautification of the downtown area and Main Street.  One of the key features was a wide landscaped median that served as a linear park through downtown.  The improvements included a fountain that still remains a central piece of Main Street today.  In 1927, the US Department of Agriculture selected Forest City as one of the ten most beautiful and best planned towns in the country.

A popular stop in Forest City is Smith's Drugs.  The pharmacy and operating soda fountain has been serving the community since 1939.  At the fountain, breakfast, lunch, and of course ice cream and milkshakes are served.  In addition to being the local pharmacy and gathering place, the store also has a gift shop and offers free gift wrapping with any purchase. 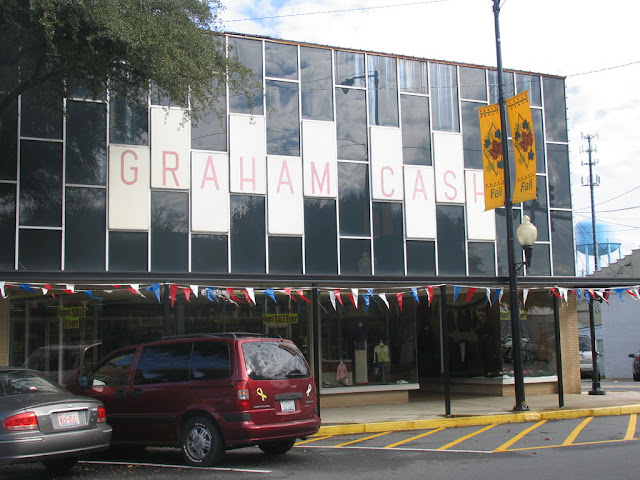 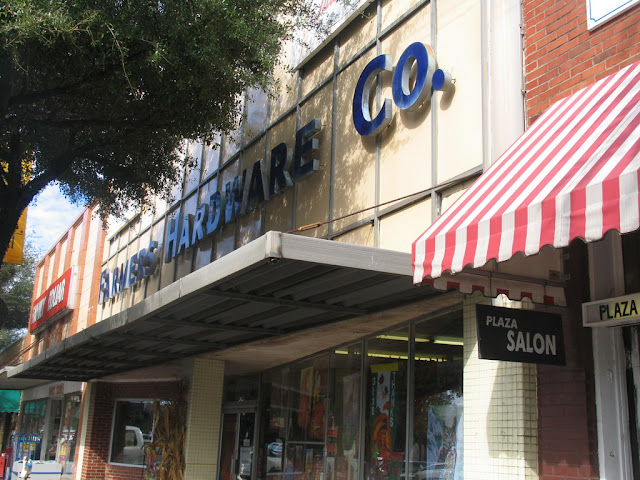 Forest City is home to numerous festivals including the Cherry Bounce Festival and a weekend auto show in August.  The Christmas Light Show along Main Street is one of the town's most popular events.  Visitors can drive through town and enjoy the over 500,000 Christmas lights on any night during the holiday season.  On weekends, carriage rides, ice skating and visits with Santa are part of the festivities.