Imagine you are driving along a dark and lonely US 1, it is raining and extremely low visibility.  You are running low on gas, and as you are coming down the hill, a lonely neon sign flickers through the fog.  Serving almost as a beacon, you stop get gas and maybe even a bite to eat before you continue on your way. 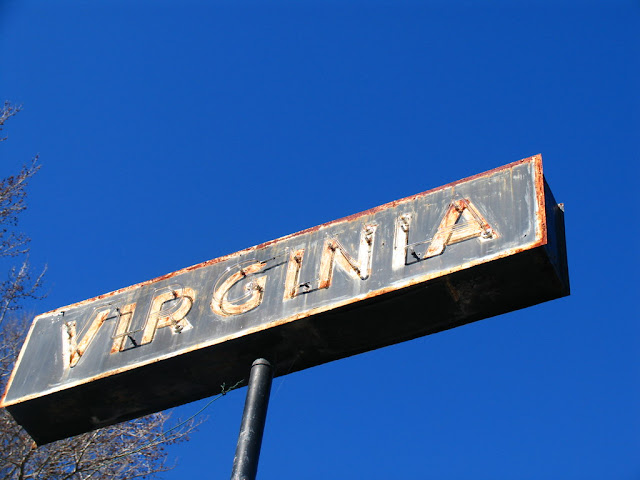 This neon sign that said "Virginia" was for the Virginia Gas Station at Palmer's Crossroads. This gas station sat just north of the North Carolina/Virginia state line along US 1. I would imagine that before Interstate 85 opening in November 1965 that this was a popular station. If you look closely in the photo below, you'll also see that Virginia station was also an ABC store. I am sure the store's ability to sell alcohol kept it going in the years after I-85 was opened. 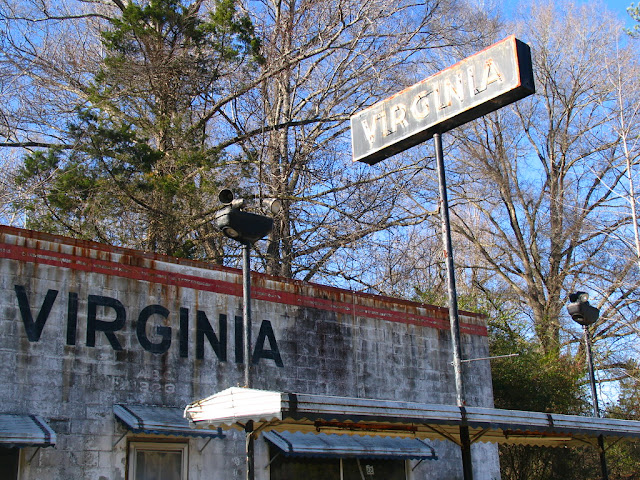 When I came across this station in January 2009, it most likely had been closed for some time.  I wonder if the neon 'Virginia' still worked.  All of the glass tubing for the sign was still in place. 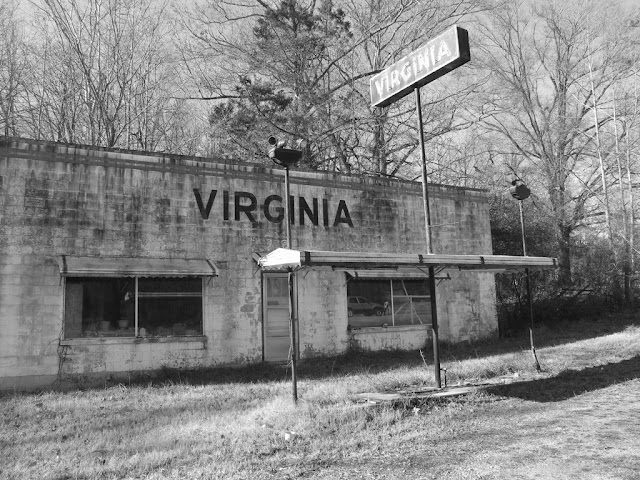 Unfortunately, by 2015 the "Virginia" sign was no more.  The building was removed sometime in 2019.