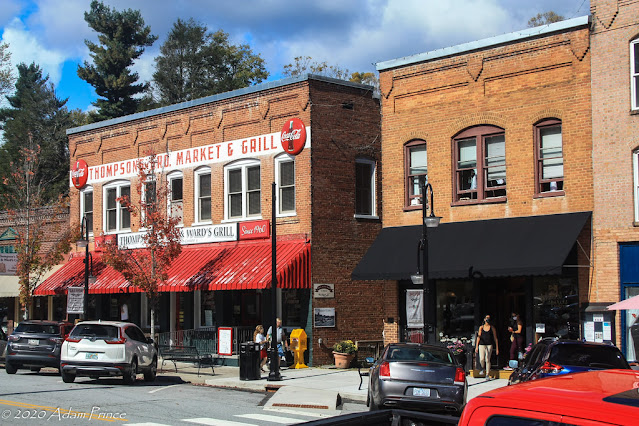 Known as "Where the Foothills End and the Blue Ridge Begins", Saluda, North Carolina mixes small town charm with numerous outdoor recreation activities that attracts thousands to this mountain getaway. 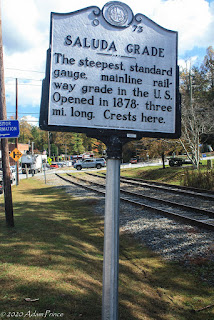 Originally named Pace's Gap or Pace's Ridge after early settlers to the area, Saluda comes from the Cherokee "Tsaludiyi" which means "green corn place."   In 1878, the completion of the Asheville and Spartanburg Railroad up the mountain would change the area almost overnight.  The City of Saluda sits atop what is known as the Saluda Grade.  The three-mile ascent into Saluda is considered the steepest standard-gauge mainline railway grade in the United States.   The average grade is 4.24% with a maximum grade of 4.9%.

With its location at the top of the grade, a railway station was built and a town was built around it.  Saluda would be incorporated in 1881; and by 1887, the train brought 3,000 visitors annually to the new community.  Hotels and other establishments popped up and Saluda continued to see prosperity.  Trains would run into Saluda until 2001 when Norfolk Southern abandoned service on the line. 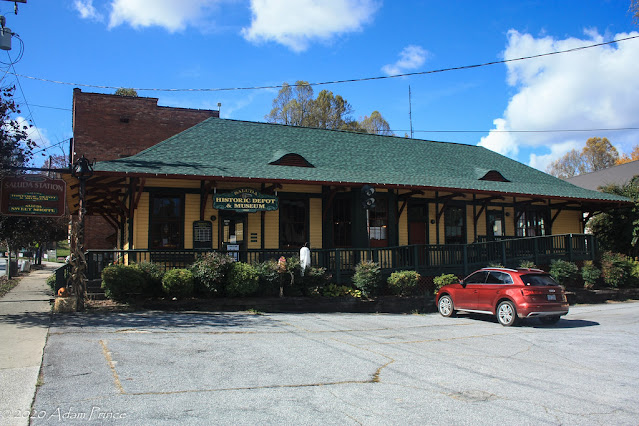 The Saluda Rail Depot was built at the turn of the 20th century.  It served as a passenger and freight depot for many years before falling into disrepair.  In the early 1980s, the City of Saluda purchased the depot from Norfolk Southern for $1 and later two families purchased and moved it a 1/4 mile south to its current location.  The building was restored and was home to retail shops until 2015.  At that time, a group of local citizens purchased the former depot with the intention of continued preservation.  The Saluda Depot today is now home to a railroad museum and run by the Saluda Historic Depot, a local non-profit organization. 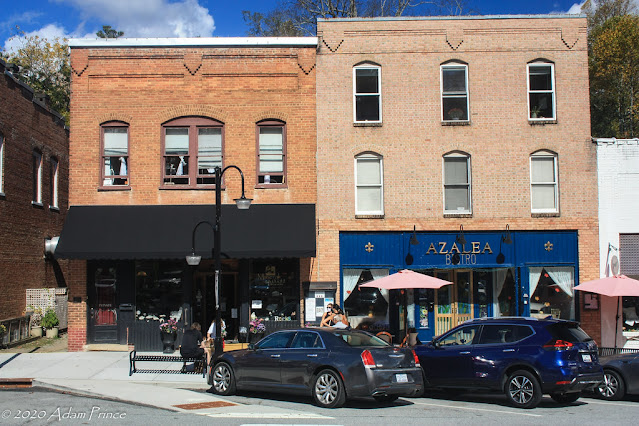 Downtown Saluda is full of activity and is home to a number of cafes and restaurants, outdoor provision companies, and general stores.  Numerous vacation homes and bed & breakfasts can be found nearby. 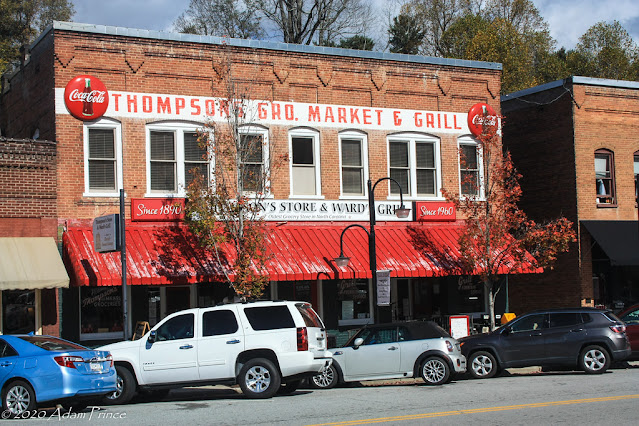 Saluda is home to two notable businesses that date to the 1890s.  Thompson's Store and M.A. Pace General Store.  These two stores are relics of what was once staples of many small towns - the grocery and grill and the general store that has everything the town needs. 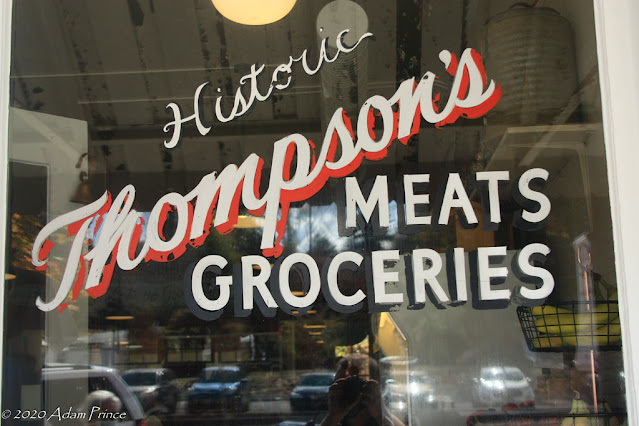 Thompson's dates to 1890 and is considered the longest-running grocery store in the state.   Sitting in its current location since 1940, the hardwood floors, local butcher shop, mixed in with local wines, produce, and more is a throwback to local grocery stores of long ago.   It also shares space with Ward's Grill which has been in operation since 1960.  Ward's serves breakfast and lunch Monday through Saturday and is known for their milkshakes and burgers. 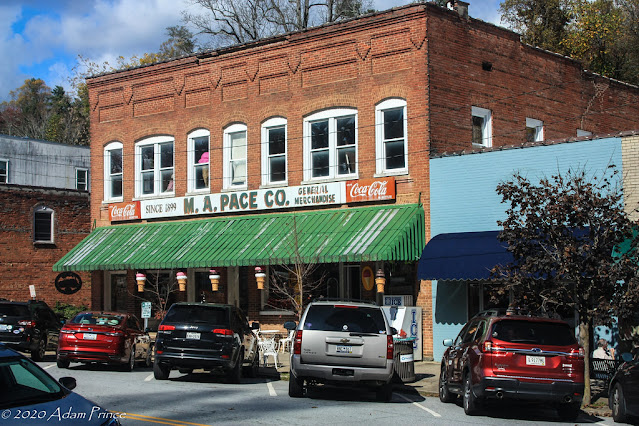 M.A. Pace General Merchandise has been in operation since 1899.  Ran by the Pace family for over 110 years, it is now owned and operated by the Morgan family - who have been in Saluda for nine generations. 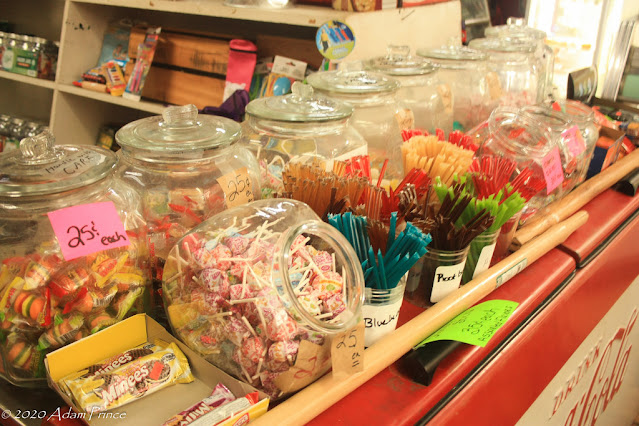 Inside Pace's Store, there is a little bit of everything including an ice cream stand that is popular with locals and visitors alike.  The store has all the charms of a general store including penny candy (now 25 cents), hardware, work clothes, and more.  The store is also lined with numerous old photos and memorabilia of the community.

Saluda continues to attract numerous visitors for outdoor pursuits.  Hiking, camping, and nearby waterfalls are large attractions.  Ziplines and tubing are other popular activities.  Nearby apple orchards are also extremely popular in the fall.

Saluda is home to a number of festivals from celebrating local artists to Christmas.  Its annual Coon Dog Day - held the first Saturday after the 4th of July - is the town's most popular and has been an annual event for over 55 years.