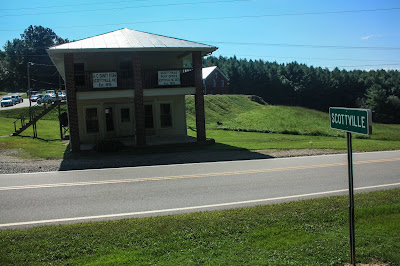 Scottville - Community located on US 221 at the Alleghany/Ashe County line.  It was originally known as Flint Hill when settled in 1830.  A post office was established here in 1855 and the area was renamed Scottville.  Believed to be named after a nearby resident Elizabeth Scott.  The post office closed in 1954.

Interestingly, there are six communities within North Carolina that are or were once named Flint Hill.
Email Post
Labels: Ashe County S
Location: Scottville, NC 28644, USA