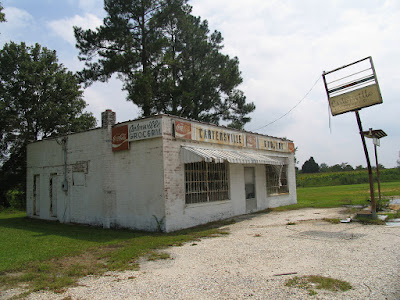 Throughout the rural areas of both Carolinas, the Mom & Pop Grocery and Grill were staples.  Come in from the farm - grab some snacks, splash of gas, a soda, and a good biscuit and be on your way.  They could be called a 'corner store', 'country store' or 'grocery and grill' but they could be found on nearly every backroad in both states. 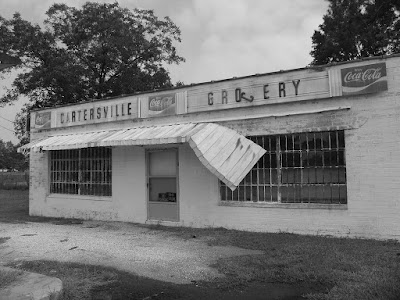 Over time, many of these small stores closed down including the Cartersville Grocery on US 76 in Florence County South Carolina.  But what's left are staples of the "country store", the Coca-Cola or soft drink of choice sign, the two pump gas station island, and other little details commonly found but unique in their own way.

Cartersville is an unincorporated community southwest of Florence on US 76.