Yanceyville and the Caswell County Courthouse 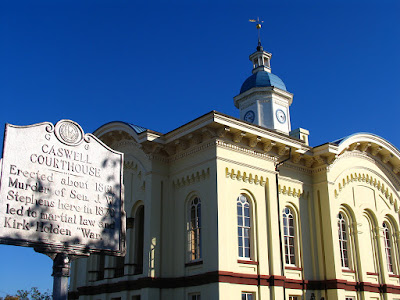 The Caswell County Seat of Yanceyville has served as the county seat since the late 1700s.  Originally named Caswell Court House from 1791 until 1833, Yanceyville is named after Bartlett Yancey who served as a congressman and was the presiding officer in the NC State Senate. 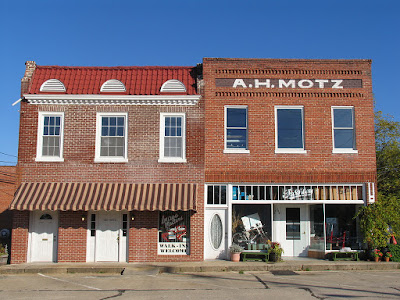 Yanceyville is a small town of about 2,000 residents.  Yanceyville is home to two annual festivals.  The Heritage Festival is held annually in June and is put on by the Caswell County Historical Association.  This festival celebrates Yanceyville and Caswell County's history with tours of the historic courthouse, jail and other locations.

Every September, Yanceyville is home to the Bright Leaf Hoedown.  For over 35 years, this festival attracts thousands to Yanceyville to celebrate the area's rich agricultural history. 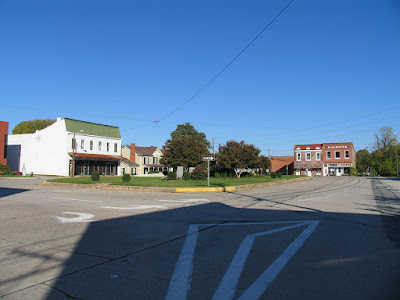 Hidden from the main highway that runs just north of downtown, the heart of Yanceyville is Town Square and the Historic Caswell County Courthouse.  The antebellum era courthouse was constructed between 1857 and 1861 and currently is home to various county offices. One of the more visually appealing courthouses within North Carolina, the architectural detail of this historic building is truly stunning.  When I first came across this courthouse in 2008, my first thought that it belonged more in the midwest because of the various details pertaining to agriculture. 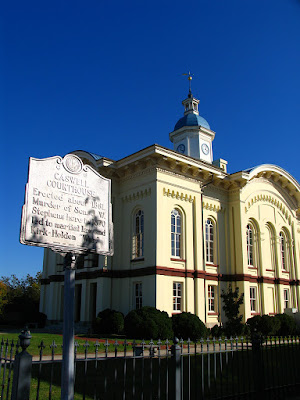 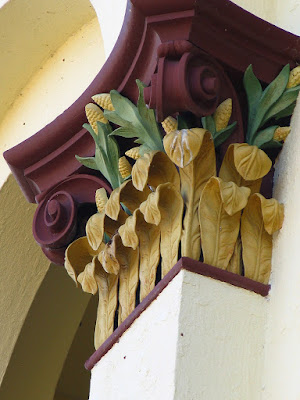 The historic courthouse was the focal point to one of North Carolina's darkest period's during the Reconstruction Era.  The assassination of State Senator John W. Stephens by the Ku Klux Klan in May 1870 started the 'Kirk-Holden War'. Stephens murder led to North Carolina Governor William Holden to declare martial law on Alamance and Caswell Counties.  He enlisted Union officer George W. Kirk to battle the Klan in both counties.  Following the contentious election of 1870, Holden would be impeached from office by the more Klan friendly state assembly.  The courthouse was added to the National Register of Historic Places in 1973. 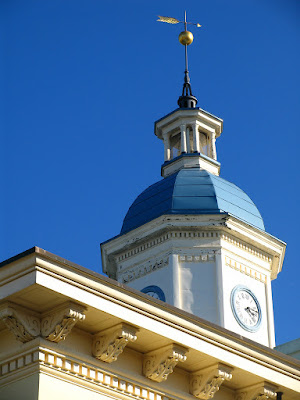