In late June, my family and I returned to Spencer and the North Carolina Transportation Museum for their Third Annual Fire Truck Festival.  When you have two boys - one that is four and the other just turned one - fire trucks and trains are both something to get excited for.  The Fire Truck Festival brought in over 100 fire trucks from nearby communities, some from the Raleigh area and Virginia, and items from private collectors. (For my entire photo set on flickr - please visit here.) 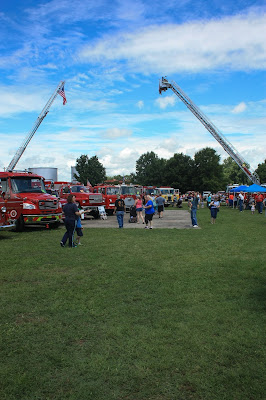 One of the featured items was the Charlotte Fire Department's "Old Sue" a 1902 horse-drawn steam fire engine.  My oldest really enjoyed sitting up in the carriage and checking out "Old Sue." 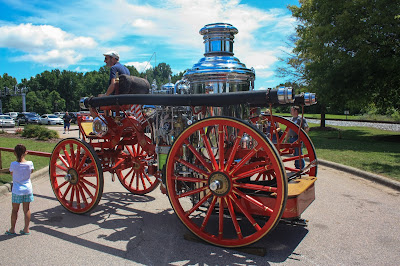 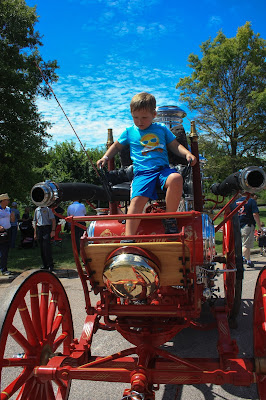 Along with modern trucks and engines, there were many antique and vintage fire engines.  What was nice about this is that kids were allowed to climb into the old fire trucks and try to sound the hand crank sirens and other gadgets. 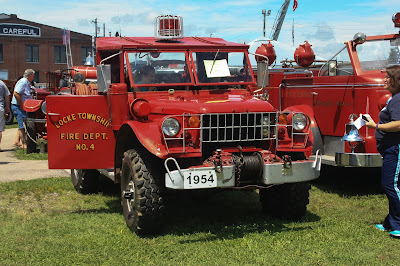 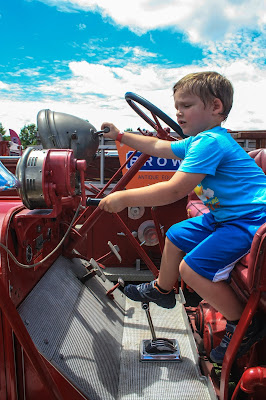 The festival concluded with a Fire Truck Parade through Downtown Spencer.  Many of the fire trucks that participated in the festival did a brief ride with full lights and sirens down Spencer's main street - Salisbury Avenue.  This was surprisingly a very popular event.  We arrived at around 11:30 am and had to park along one of Spencer's residential streets. Tickets to the event included admission to the entire museum's grounds and we also added a train ride for the boys.

Since our visit in April, the Back Shop had even more exhibits within it.  But most surprising was the operating model railroad, this was a pleasant surprise and really captured the attention of both boys. 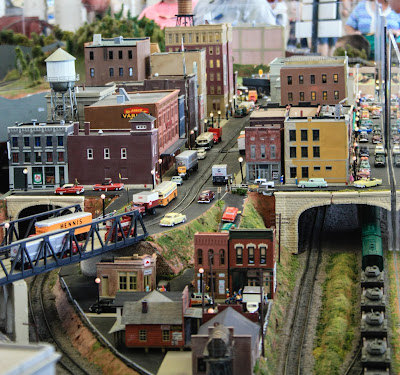 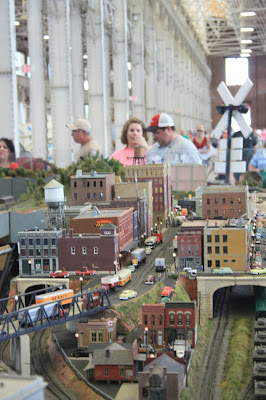 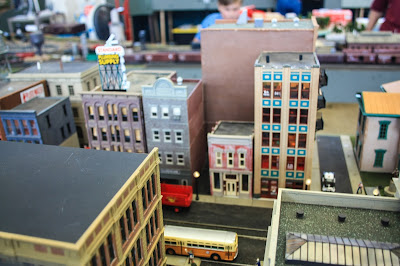 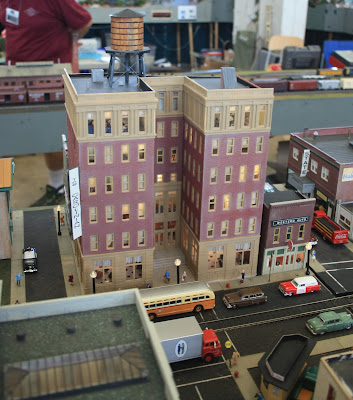 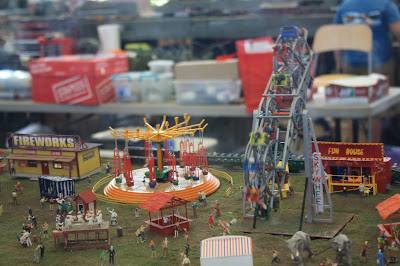 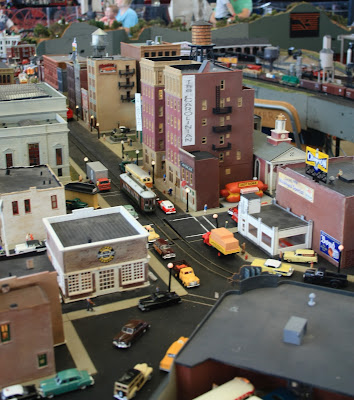 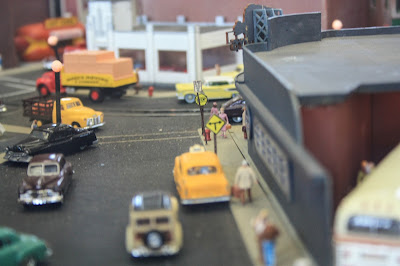 The Fire Truck Festival is one of many annual events held at the NC Transportation Museum.  As you an guess, our family will be making the two hour or so trek from Raleigh to Spencer a few times a year.
Email Post
Labels: Festivals Rowan County State Historic Sites