Montgomery County's Mount Gilead mixes history and recreation in a small-town atmosphere.  Located just east of Lake Tillery, the Mount Gilead area was home to the Pee Dee over 1000 years ago.  The Pee Dee was part of the "Southern Appalachian Mississippian" tradition that was home to complex agricultural societies. The Town Creek Indian Mound is nearby and is a state historic site.
Mount Gilead dates to a 1797 land grant to William Scarborough.  The community was first known as Providence when it first settled.  The name Providence was suggested by the leaders of the First United Methodist Church.  In 1855, the religious influence continued when the name changed to Mount Gilead after the biblical mountain.
As the cotton and textile industries continued to grow in the area, Mt. Gilead was incorporated in 1899.  The town's economy is now driven by the timber industry and the nearby recreation at Lake Tillery. 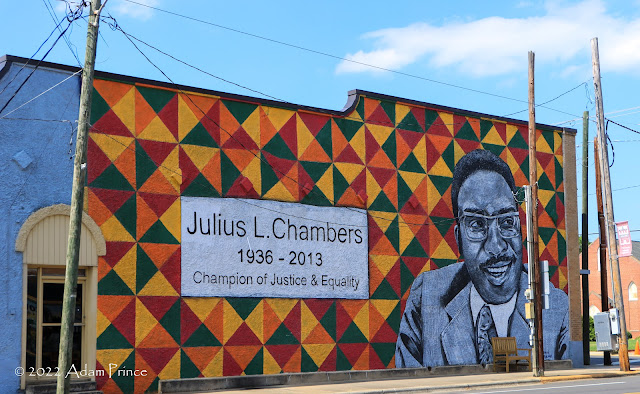 Mount Gilead is the birth home of the late lawyer and civil rights leader - Julius L. Chambers.  Chambers is best known for arguing the Swann vs. Charlotte-Mecklenburg Board of Education before the US Supreme Court in 1970.  The 9-0 ruling affirmed the use of busing as a solution to desegregate schools throughout the South.  Chambers is memorialized on a mural in Downtown Mount Gilead.
Nearby Lake Tillery is home to numerous outdoor activities.  Created in the 1920s, when the Pee Dee River was dammed for hydroelectric power, Lake Tillery is known for boating, fishing, hiking, and camping.  Brown's Hardware is located downtown and is an outfitter for numerous activities on the lake. 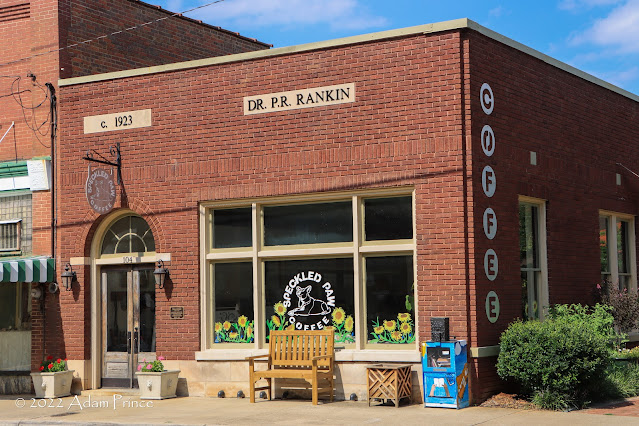 Downtown Mount Gilead is home to numerous small shops and restaurants.  Numerous buildings are listed on the National Register of Historic Places.  Murals celebrating Mount Gilead's history are found throughout town.  The heartbeat of the community is located at the Speckled Paw Coffee Shop.  In addition to serving as a local business, the coffee shop hosts a community newsletter published on its website.
Mount Gilead hosts several events.  The May Day festival and parade take place on the first Saturday in May.  The Fall Festival on Main is held on the third Saturday of October.  On the first Saturday in December, the town celebrates the holidays with a Christmas parade and tree lighting.
Sources & Links:
How To Get There:
Email Post
Labels: M Montgomery County walkabouts