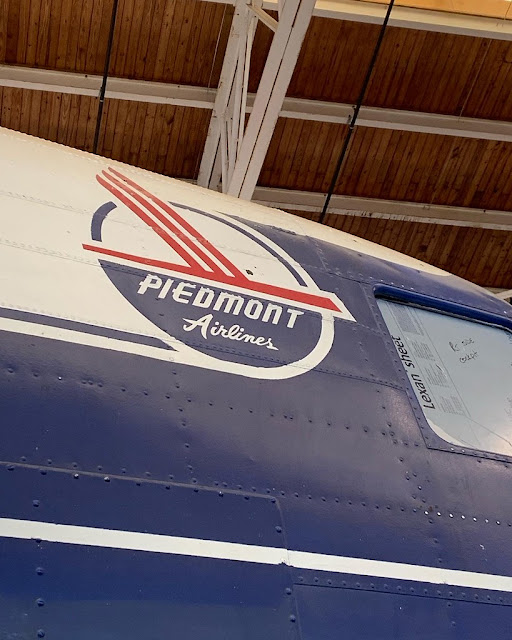 The North Carolina Transportation Museum is home to numerous exhibits from planes, trains, and automobiles.  It is also home to many ongoing restoration projects of locomotives, fire trucks, and airplanes.
One of the museum's ongoing restorations is an 80-year-old DC-3 airplane located within the back shop.  The Douglass airplane served as a troop hauling training craft for the US military from 1942 to 1945.  The plane was converted to commercial/passenger use and leased to Western Airlines until being purchased by Piedmont Airlines in 1956.   Nicknamed the "Potomac Pacemaker," the DC-3 served Piedmont for six years before retiring.   After retirement and residing in various salvage yards, the plane would find its way to Durham's Museum of Life and Science in 1978.  There, the aircraft served as an outdoor display until moving to the Transportation Museum in 2004. (1) 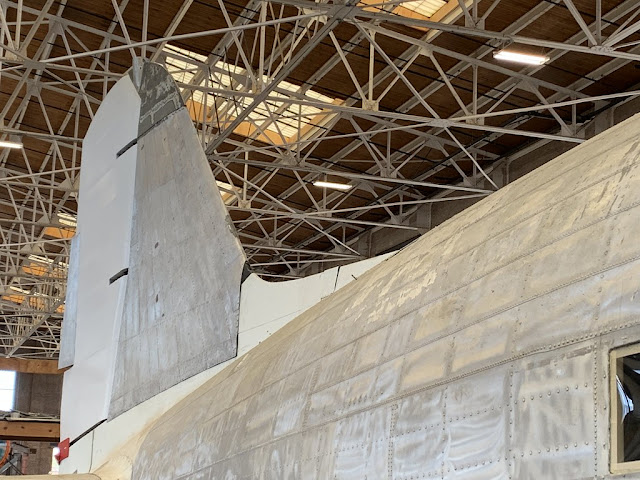 Piedmont Airlines has significant ties to North Carolina.  It was headquartered in Winston-Salem from its founding in 1948 until being absorbed by USAir in 1989.  Because of the airline's historical roots in North Carolina, the museum wanted to showcase its history and importance.  The plane moved to the Spencer museum in 2004. 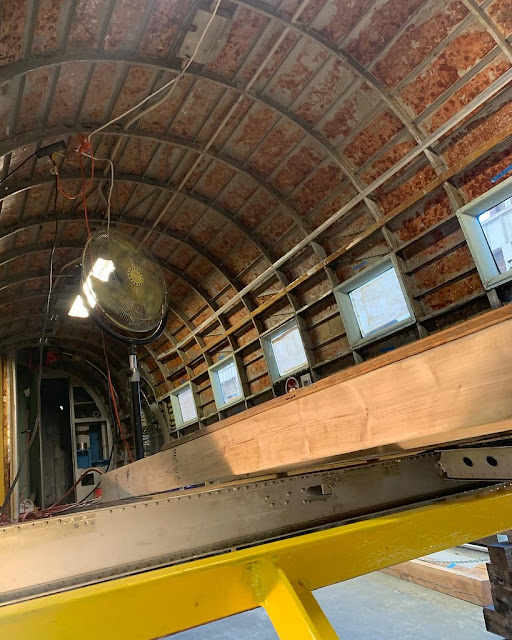 Starting in 2010, the "Potomac Pacemaker" has undergone a loving and time-consuming restoration.  At Durham, the plane slowly deteriorated due to being outside in the elements.  Within the Transportation Museum, the airplane is entirely indoors.  Volunteer groups have worked to restore the plane - typically on a one weekend per month schedule.  A sizeable portion of the original sheet metal needed replacement, including much of the interior.

The airplane's exterior has been significantly restored - including the original livery.  Work is ongoing to restore the interior.  Typically the plane is roped off for up-close inspection; however, during a recent festival at the museum, I was fortunate to check out the "Potomac Pacemaker" in detail.  The tours were led by restoration volunteers, including longtime Piedmont employees.

All photos taken by post author - March 26, 2022 unless otherwise noted.