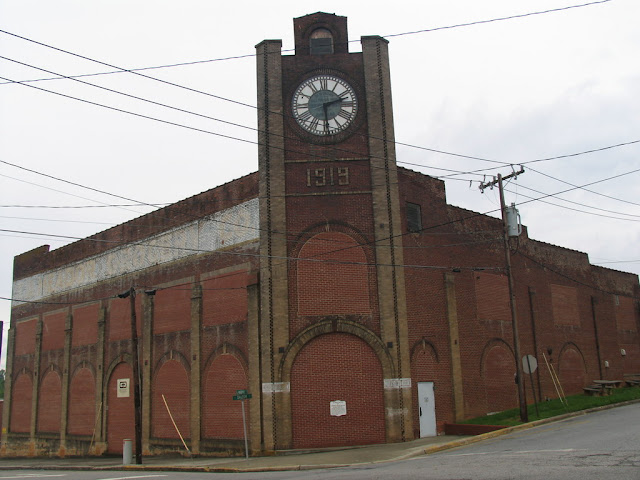 One of North Carolina's lasting memorials to veterans stands in the Rockingham County town of Madison.  The Madison War Memorial Clock honors those that served our country during the First World War.  This unique monument has now stood at the corner of Dalton and Murphy Streets for over a century.
Madison citizens purchased the clock for $600 in 1919.  That year, Nat Pickett, who was constructing a brick automobile garage at the intersection, agreed to have the clock as part of his building.  The clock was manufactured by the E. Howard Clock Company in Boston, Mass.  It is known as a number two winding clock - and is one of a few remaining hand-wound clocks in the country. 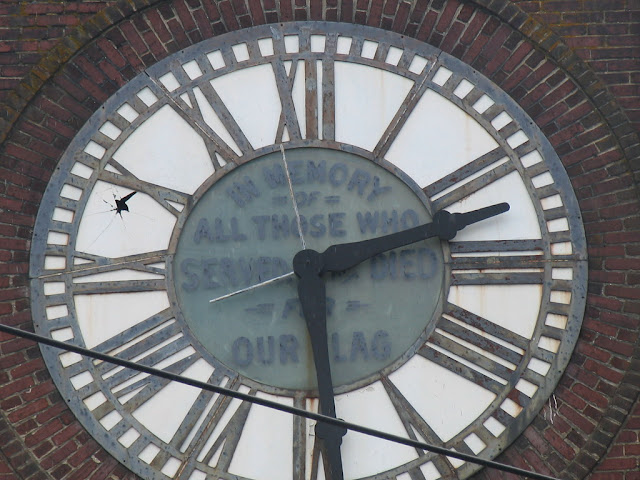 The words "In Memory of All Those Who Served and Died For Our Flag" are inscribed into the clock face. 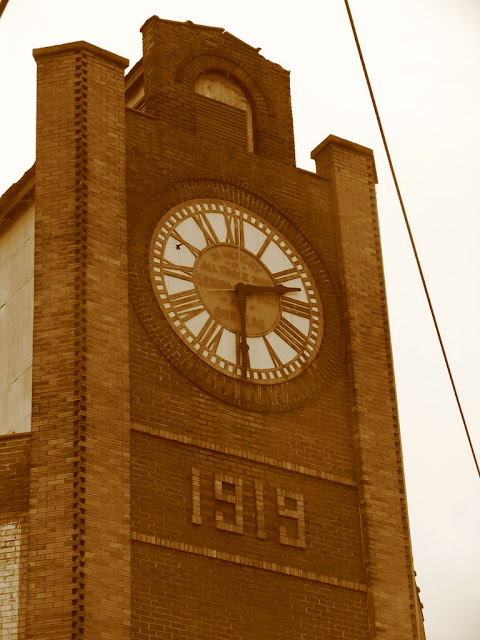 The automobile garage would change hands several times after Pickett's Auto Serve Company first built it.  It served as a tobacco and farmer co-op warehouse for a few years; and then as the home to T.D. Meador Wholeserve Grocery.  Remnants of an old advertisement for Meador Grocery can still be seen from Murphy Street.  Later, the Gem-Dandy Company purchased the building.  In 1968, the Gem-Dandy Company transferred the rights of the tower to the Town of Madison.
The tower has seen a few renovations, and in 1997, the clock's chimes rang out in Madison for the first time in 30 years.
All photos taken by post author - May 17, 2009.
How To Get There:
Email Post
Labels: clocks M memorials Rockingham County