North Carolina is well known for its pulled pork barbecue - and its dueling sauce styles.  Tomato-based, or Lexington-style, in the western part of the state.  Vinegar-based, or Eastern style, in the East.  The debate on what is considered the "real NC BBQ" is even depicted on t-shirts. 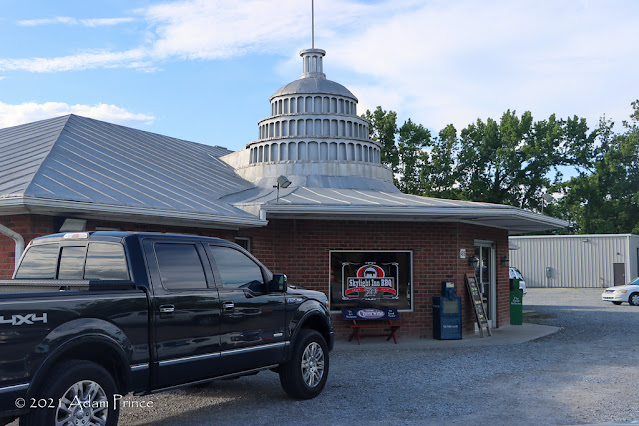 If you want Eastern-style BBQ, a trip to Ayden's Skylight Inn is a must.  Founded in 1947 by Pete Jones, Skylight gained national notoriety in 1982 when they were asked to cater a congressional bowl.  Over the past 50 years, Skylight has been featured in several magazines, television programs; and received a James Beard award in 2003 as an "American Classic." 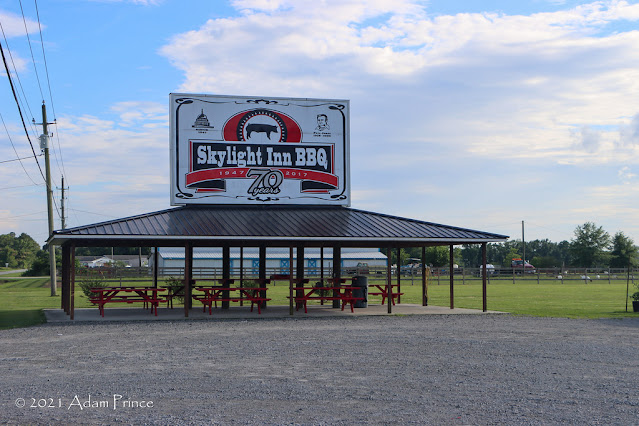 Pete Jones passed away in 2006. However, the Jones family continues to operate the Skylight Inn.  His grandson, Sam Jones, has become a well-known pitmaster.  The younger Jones has opened his own restaurant, Sam Jones BBQ, in Raleigh and nearby Winterville.

The slow-cooked over wood whole hog BBQ is a destination for BBQ fans and foodies alike.  The unique capital dome over the restaurant was installed in 1984 - after a 1979 National Geographic book, Back Roads America, named the restaurant as having some of the best barbecue in the country. 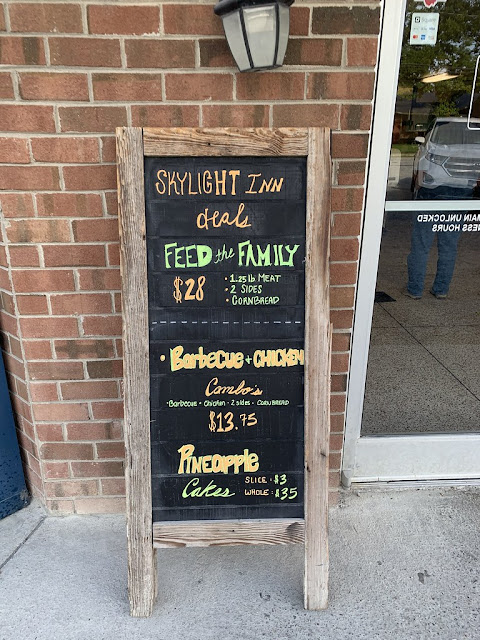 It's not only the smell of the chopped bbq that greets you when you walk in.  The rhythmic sounds of knives on the chopping block freshly preparing a plate of BBQ will mesmerize you.  I still can feel the beat from the chopping block directly behind the counter. 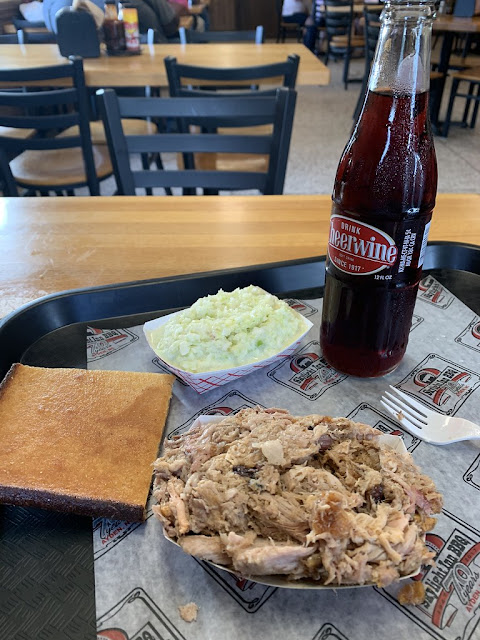 The BBQ is tasty - and when you get a bite with some crackling mixed in - you can't help but want another plate.  A typical meal plate comes with coleslaw and cornbread.  Plus, what's North Carolina BBQ without a cold Cheerwine to go with it!

The Skylight Inn and the Jones family are North Carolina treasures.  A visit here is a taste of North Carolina heritage for natives, transplants, and tourists alike.